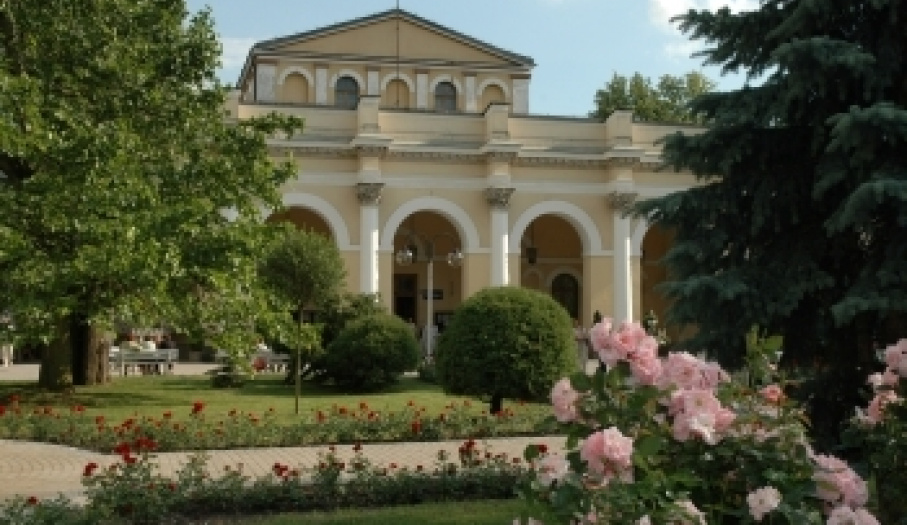 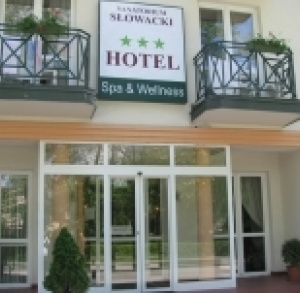 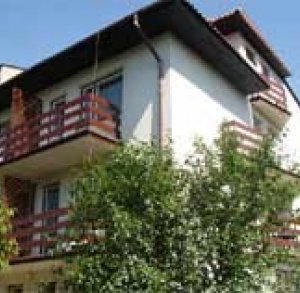 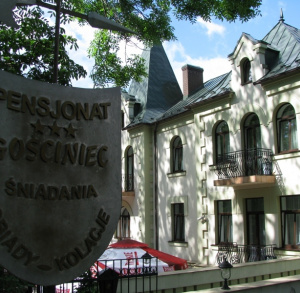 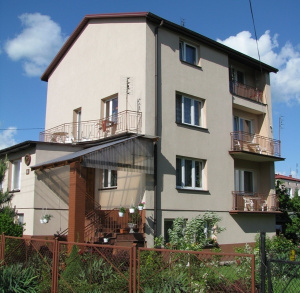 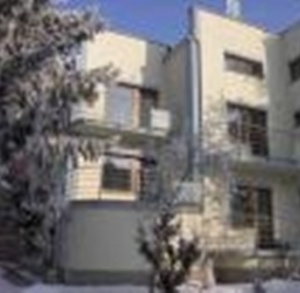 A settlement started to develop here in the 12th century, following the construction of St Leonard"s Church in 1166. The famous knight Dersław, owner of the place, provided funds for the construction of a church and monastery and brought to Busko nuns of the Norbertine order around 1180.   According to the stipulations of his last will the village of Busko and a few neighboring villages pass into hands of the Norbertine nuns after his death in 1241. Busko received its municipal rights from king Leszek Czarny in 1287. The village soon acquires urban infrastructure, including a market square and burgher houses around it. The period between the 15th and 17th centuries was the town"s heyday. Busko was not only known for its rich deposits of brine but it also became an important manufacturing center of cloth with many new guilds, shops and a bathhouse. It also obtained meny new privileges from Poland"s subsequent rulers and was splendidly developing till the tragic fire in 1820, when almost the whole town was consumed by flames. Feliks Rzewuski, the town"s leaseholder of that time, offered help and using the local medicinal waters set up the first health resort in Busko during the town"s reconstruction in 1828.
First records about Busko"s brine deposits date back to 1252, when king Bolesław Wstydliwy (Boleslaus the Chaste) granted the privilege of its exploitation to the monastery. The local population knew and used the properties of the local brine for various medical purposes, including treatment of their livestock. In 1808, doctor Winterfeld of Pińczów tested the brine of Busko and confirmed its medicinal properties. Soon first bathers arrive in Busko. Feliks Rzewuski starts a company and invites famous architect Henryk Marconi to construct a bathhouse with 66 bathtubs. More and more bathers come to Busko each year and the spa becomes one of Poland"s most popular health resorts. A new railway line joining Dęblin with the Dąbrowskie Industrial Center made the spa of Busko more accessible to cure-seekers.
The health resort continues to develop in the inter-war period. A sanatorium for children Górka is built on the initiative of doctor Szymon Starkiewicz. New sanatoriums are constructed after World War II and Busko-Zdrój becomes one of Poland"s most important treatment centers of such ailments as circulatory system diseases, rheumatic conditions, locomotor organ problems, orthopedic, neurological and dermatological diseases as well as cases of     children"s cerebral palsy. The scope of treatments in Busko-Zdrój is systematically growing, its standards are very high and the use of iodide-bromide baths and sulphide and saline brine are not the only services available. From year to year Busko-Zdrój sanatoriums offer more wellness and SPA treatments.

Spa Park
The beautiful Spa Park in Busko-Zdrój was laid out by Henryk Marconi in the 19th century, while the greenery arrangements were designed by Ignacy Hanusz. The parkland can be divided into three parts: the bathhouse garden, Adam Mickiewicz Lane leading from the garden to the market square, and the town square with fountain on Plac Zwycięstwa. The garden occupies an area of about 40 acres and contains over 4.5 thousand plant species. A magnificent neoclassical building of Łazienki (Baths) stands in the middle of the park. It"s the oldest sanatorium in Busko-Zdrój, designed by Henryk Marconi. Today it houses a pump-room and sanatorium Marconi. All cultural events of the health resort are organized in the Spa Park. There is a band-shall, many cafés and restaurants on the park premises, and the Concert Hall often hosts Polish and foreign artists as well as the local Salonowa Orkiestra Zdrojowa (Spa Salon Orchestra). There is also a hill in he park with a neo-Gothic chapel (1888) on top which shelters a picture of St Anne, patroness of the spa. Strolling along the park lanes and paths one can admire many breath-taking villas occupied by sanatoriums and spa pensions (Bagatela, Sanato, Słowacki, Oblęgorek, Ormuzd, Zielona, Bristol).