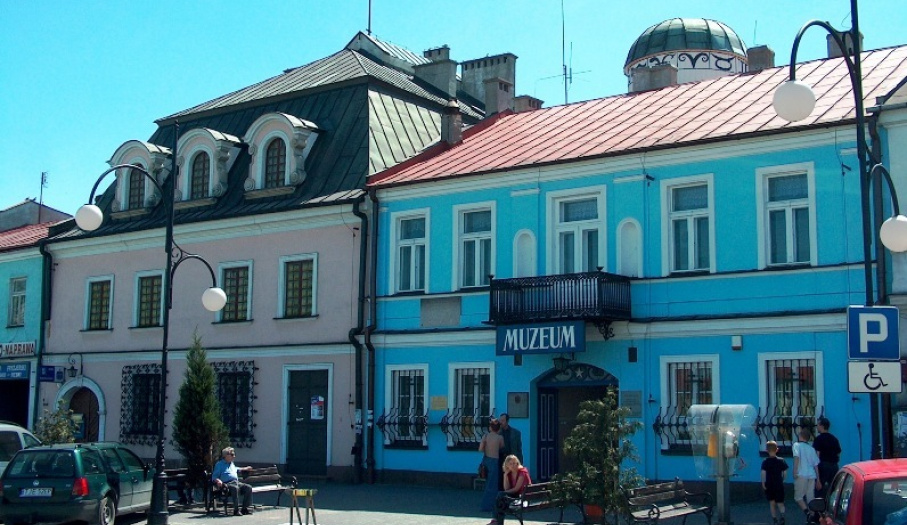 Organs in the Abbey

Brzeżnica was the original name of the present-day Jędrzejów in the 12th century. A monastery was founded by the bishop of Wrocław Janik and his brother Klemens, Cracow"s Count Palatine in 1140. Nine years later they brought Cistercian monks from the French Abbey of Morimond in Burgundy.  It was the first Cistercian monastery in Poland and soon its status was raised to that of an abbey. According to their habitual policy the Cistercians started a settlement near the monastery and instructed its inhabitants in modern farming and shared with them the newest technical novelties. Some years later Brzeźnica was renamed Jędrzejów (Andreovia) and the monastery became known as the Little Morimond. The locality  developed so rapidly that king Boleslaw Wstydliwy (Boleslaus the Chaste) granted Jędrzejów its municipal rights based on the Magdeburg law in 1271.

In the 16th and 17th centuries Jędrzejów became an important political center of the country. It was here that the national convention of polish gentry was organized in 1576 and decided to elect Stefan Batory for the king of Poland. Jędrzejów was also the gathering place for the rebellion of nobleman in 1607 led by Mikołaj Zebrzydowski. general Tadeusz Kościuszko stayed in the monastery during the Kościuszko Insurrection (1794) and met prince Józef Poniatowski. In 1815 Jędrzejów ended  up in the Russian Partition and two years later the Cistercian order was dissolved. Fire and cancellation of the town"s municipal rights in 1896 slowed down further development of the city. Jędrzejów regained its city rights in 1916, the Cistercians returned to the monastery on 1945, but the Jędrzejów abbey was reborn only in 1989.

The Altar in the Abbey

The cistercian monastery was built in 1140 but the subsequent years witnessed its further vigorous extention. In place of the former Romanesque church, a new church of St Adalbert was erected in the early 13th century. Cracovian bishop Wincenty Kadłubek reconsecrated the church in 1210. Following frequent pillages, fires and remodellings today"s Jędrzejów monastery managed to retain three one-storey monastery wings with fragments from the turn of the 12th century, late-Baroque belfry and the old monastery garden surrounded by the wall with towers. Well-preserved Baroque murals with scenes from the history of the Cistercian order decorate the cloisters. The interiors of the Blessed Wincenty Kadłubek Church contain architectural elements from different periods. Noteworthy are magnificent alters, Baroque frescoes, and the organ which is used during the annual International Organ Music Festival. The presbytery contains the higsh alter from 1731, and one of the side chapels enshrines the relicts of the blessed Wincenty Kadłubek. After giving up his bishop"s functions in Cracow, he came on foot to the Jędrzejów monastery to spend there the last years of his life.

The Przypkowski Museum of Sundials is the highlight of the tour of Jędrzejów. It contains the world"s third-largest collection of sundials after those found in the Chicago Planetarium and the Oxford Science Museum. Founded by the Przypkowski family, the museum is located in their former family house with period interiors. Among over 600 exhibits are sundials and various time measuring instruments that have been manufactured since the 16th century till the recent times. The museum has also an extensive gnomonics (science of sundials) library, old clocks and watches, furniture and household implements. Some volumes in the library deal with the Polish legions from the time of World War I The Przypkowskis had an honor of hosting legions" cpmmander Józef Piłsudski under their own roof.