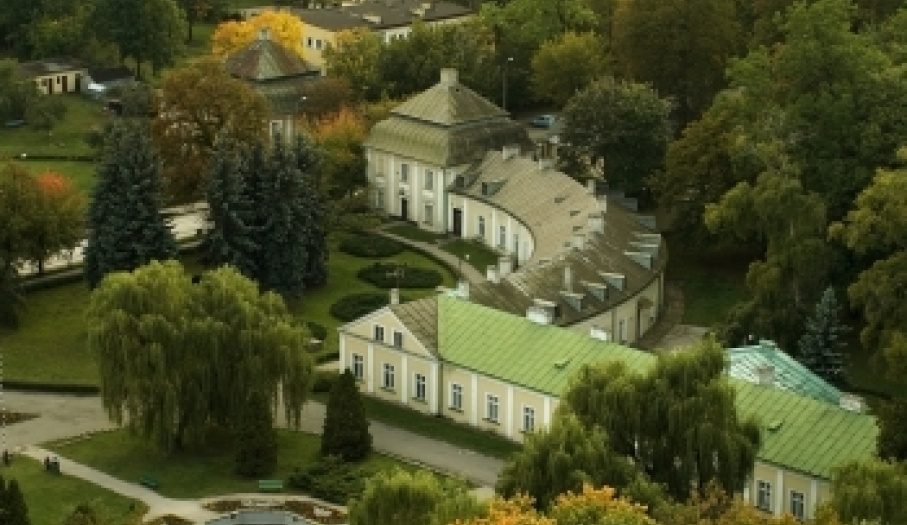 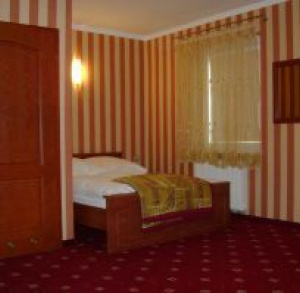 The Odrowąż family were the first owners of Końskie. From that time (12th c.) come the first records mentioning its existence. A town developed around the church founded by the Odrowąż family. Końskie was granted its city rights at the turn of the 13th century to lose them in the 15th century.
Rafał of Małachowice, castellan of Sieradz, bought the village of Końskie in the mid-17th century. Końskie rapidly developed under the rule of that powerful magnate family, especially when it was managed by the Great Chancellor of the Crown Jan Małachowski. Końskie regained its municipal rights granted by king August III (1748). At that time the name of the place was Końskie Wielkie and its crest featured the JKM letters on red background meaning Jan Małachowski the Chancellor. A construction of a sumptuous residence was planned but it was never built. Only a large park was arranged and a number of outbuildings were raised.
In the 18th century Końskie economy was based on agriculture, trade and crafts (stage-coaches, britzkas) as well as on metal industry. Many forging shops and foundries were located near Końskie. The period of the town"s decline came with the final partition of Poland in 1795.
Count Jan Tarnowski bought Końskie at the end of the 19th century. A new railway line joining Końskie via Koluszki with Bodzentyn was opened in 1885, and gave the town a chance of further development. Economic stagnation marked the time of World War I and the inter-war period. World War II, especially the period of the Nazi occupation, evokes tragic memories. Arriving to Końskie, the Germans started immediately the extermination of its population. All Jews were enclosed in the ghetto, the synagogue was burnt and a POW camp was set up. Nearly 14.5 thousand people of the Końskie county were murdered.
Many partisan units operated in the region of Końskie. The Germans were often confronted by the units of the Home Army (AK) commanded by Waldemar Szwiec (“Robot”) and Antoni Heda (“Szary”) and the famous grouping of major Henryk Dobrzański (“Hubal”). Due to the effectiveness of their operations, the Germans called Koński the Banditenstadt.
Końskie was liberated on 16 January 1945. In 1985 it was decorated with the Order of the Grunwald Cross 2nd Class.

Palace and Park Complex
It was raised in the 1740s for Jan Małachowski, who planned to erect a huge residence with two adjacent wings. The wings were built , but the main building was never started. The wings were reshaped in the 19th century. Today the main attraction of the complex is its park with a neoclassical glorietta, Greek temple, Egyptian orangery, and a garden arbor. In its southern part there is a neo-Gothic   Domek Wnuczętów (Grandkids" House), two round towers an a little chapel.

Church of SS Nicolas and Adalbert
The collegiate church in Końskie was erected in the years 1492-1520. It was remodelled in the early 20th century, when a new tower was built and the western part of the nave as well as the roof-top were added. The late-Renaissance tombstone of Hieronim Koniecki from 1564 was placed on the church wall. Its bas-relief features a  resting knight. There is a sundial (early 17th c.) in the presbytery and a late-Romanesque tympanum decorates its southern entrance.

Memorials of Tadeusz Kościuszko and Major Henryk Dobrzański (“Hubal”)
There are two memorials of Tadeusz Kościuszko in Końskie. The one in the City Park was unveiled in 1917 to commemorate 100th anniversary of his death. The second one was placed in the city center in 1946.
The memorial of legendary major Henryk Dobrzański was erected in 2004 in order to commemorate the 65th anniversary of World War II outbreak and the famous defender of Poland"s independence.