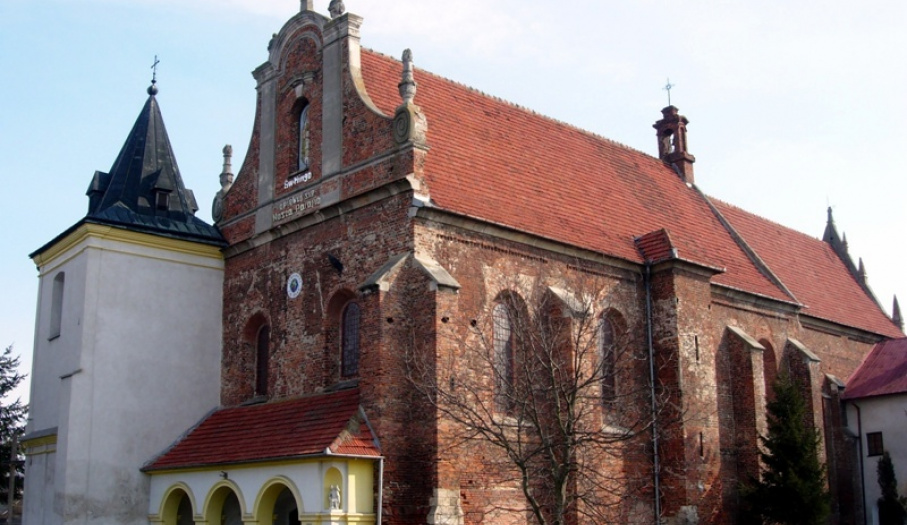 Nowy Korczyn developed from the site of the right bank of River Nida, now occupied by the village of Stary Korczyn. Its origins go back to an early Piast stronghold which was also a seat of the prince"s court in the 11th century. Founded by prince Bolesław Wstydliwy (1226-1279), Nowy Korczyn is a good example of small town architecture. The little locality sitting on the Nida river right bank was a strong center of the country"s political power till the 12th century. Ravaged by Russian troops in 1300, the town was quickly reconstructed.

Church of the Holy Trinity

Trade and crafts fluorished thanks to the town"s convenient location near navigable waterways and close to trading routes leading to Cracow, Sandomierz and Tarnów. The oldest records mention beer as the town"s major exporting product. Indeed, it was much appreciated by Cracowians and residents of its neighboring city of Kazimierz. As of the 16th century Korczyn had a brickyard, bathhouse, balance and a watch tower. King Zygmunt August promoted production of canons and harquebuses. Powder production was started in Korczyn during the reign of king Stefan Batory. Agricultural and livestock markets were often organized. Assemblies of knights and the gentry held in Korczyn played an important role in the shaping of Polish parliamentary movement. It was in Nowy Korczyn that the Korczyn Cenfederation was set up to oppose magnates and bishops Zbigniew Oleśnicki. The town entered a period of cecline towards the end of 16th century when Poland"s political center moved from Cracow to Warsaw. A real catastrphe occured during the years known as the Swedish Deluge. During the next invasion known as the northern Swedish war (1706) Nowy Korczyn was even more ravaged. Fires destroyed the castle, arsenal, land records and municipal archives. The castle was never reconstructed. The First Partition of Poland (1772) placed Nowy Korczyn on the state border, what only increased its economic deterioration. When the Polish state ceased to exist following the Third Partition (1795) the town passed under the Austrian rule and till the present times it has never regained its former political or economical position in the country"s life.

Nowy Korczyn"s  historical buildings include a parish church (16th c.) and the former Franciscan monastery erected in the late 13th century. The parish church was reshaped in the early 17th century and now attracts our attention due to its splendid western front kept in mannerist style, Baroque high alter, vault decorated with stucco ornaments, and a fragment of late-Gothic triptych representing the Mourning of Christ. The Franciscan monastery was founded by Bolesław Wstydliwy and his wife Kinga, and extended by king Kazimierz III Wielki in the 14th century. Its interiors contain splendid Gothic and Baroque frescoes. Ruins of the neoclassical synagogue (late 18th c.) testify to the existence of once prospering and large Jewish community of Nowy Korczyn.

Franciscan St Stanislas"s Church
Founded by king Bolesław Wstydliwy and his wife Kinga, the Gothic building was erected in the 13th century. Its Baroque interiors are decorated with beautiful frescoes featuring the life of St Stanislas and lives of the church founders.

Synagogue from the 18th century
Jewish residents of Nowy Korczyn played a very significant role in the town"s history. The importance of the community is well-represented by the remnants of the monumental neo-classical synagogue with its splendid front  decorated with eight columns.