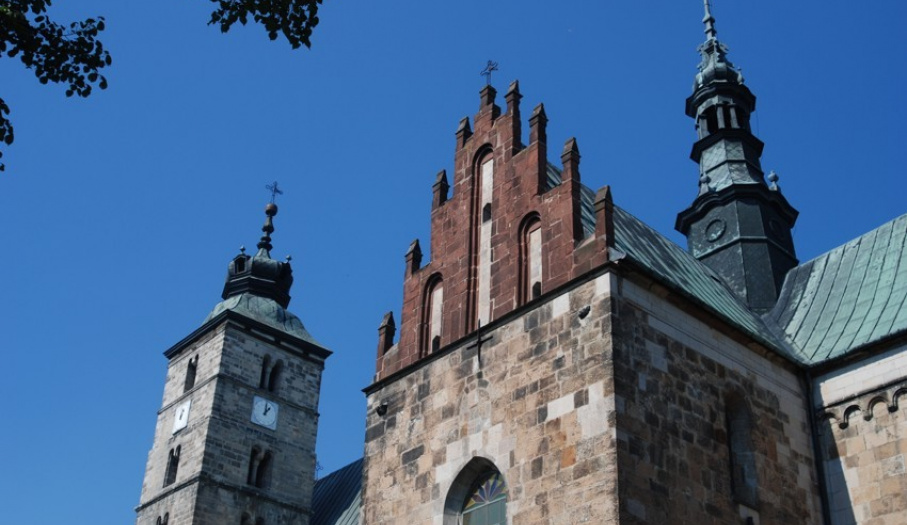 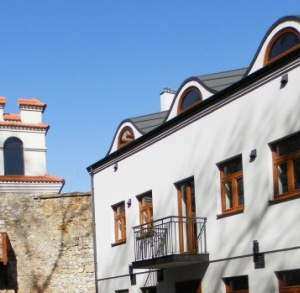 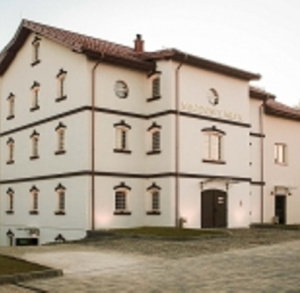 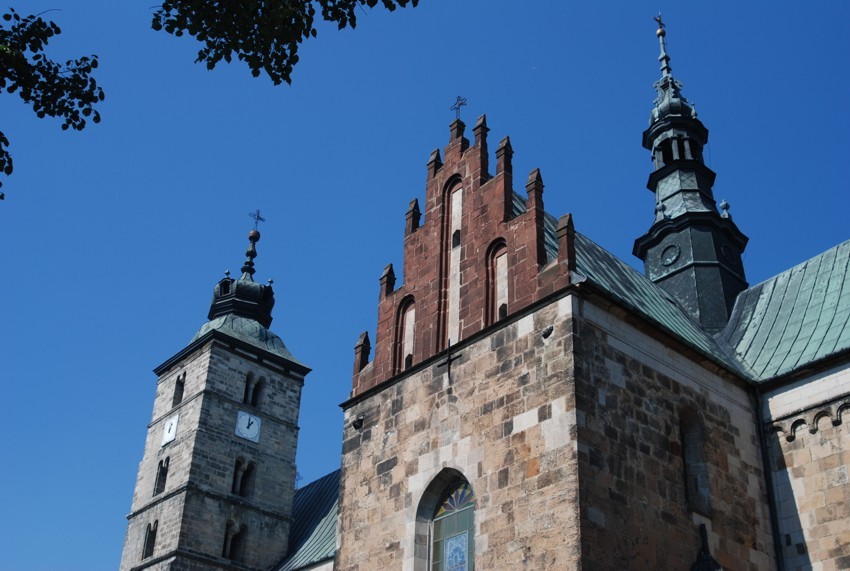 The original proto-Slav settlement was most probably located near the present-day Bernardine monastery. Its name was Żmigród. Its ruler was christened first, but the arrival of a monk soon changed the lifestyle of inhabitants.  There is a record in the archives of the Cracovian chapter proving that a timber church was built in Żmigród by the bishop of Cracow in 1040, and a priest was also provided. No records are kept of the fire that consumed the settlement, but the Slav infrastructure of the locality and the surrounding villages survived till the medieval period. St Martin the Bishop"s parish church was started in the late 12th century. In 1237, the Silesian prince Henryk Brodaty (Henry the Bearded) gave Opatów together with the neighboring villages to the Lebus (present-day Lubusz) bishop. In 1282, the rapidly developing community received its location privilege based on the German law from King Leszek Czarny. Roadside inns and lodgings for clergymen and workers finishing the construction of parish church were soon built. Fairs and markets were often organized thanks to privileges and convenient location of Opatów near trading routes. The town authorities were headed by the Lebus bishop who also nominated other officials (mayor, council-men, assessors). Burghers felt safe behind the town walls and merchants as well as craftsmen were coming in great numbers, some of them to stay for good. In 1502 the town suffered serious damage from Tartar invasions. But soon it was reconstructed thanks to the support of king Aleksander Jagiellończyk (Alexander the Jagiellon). Chancellor Krzysztof Szydłowiecki bought Opatów from the bishops at the beginning of the 16th century and had town walls built with four gates leading to Cracow, Sandomierz, Lublin and Warsaw. He also ordered the construction of the town hall and a water-supply system.
After his death the town subsequently passed into hands of the Tarnowski, Wiśniowiecki, Lubomirski, and Potocki noble families. During centuries Opatów played an important role in the country"s public life, frequently visited by Polish royalties. Here queen Marysieńka Sobieska was waiting for her husband, king Jan III Sobieski, returning from Vienna after the victorious campaign during which Turks were defeated. The Partitions of Poland (19th c.) halted development of the town. Many battles were fought in the region during the January Uprising (1863-65). During one of the major battles near Opatów (21 February 1864), the Cracovian division was defeated, its wounded commander Ludwik Zwierzdowski captured and two days later executed on the Opatów market square. Many partisan units operated in the region of Opatów during World War II, including the famous Jędrusie detachment.

Warsaw Gate
It"s the only surviving one of the four gates in the town defensive walls built by chancellor Krzysztof Szydłowiecki in the early 16th century. This one-storey Renaissance construction was raised with the use of stone blocks. Its outer front is decorated with the Szydłowiecki family coat-of-arms (Odrowąż) and a picture of Our Lady of Częstochowa.

St Martin the Bishop"s Parish Church
One of the most spectacular examples of Romanesque architecture in Poland, St Martin"s Church was erected on the Latin cross pattern with the use of locally extracted flint sandstone in the 12th century. Its front is dominated by two differently shaped towers. The southern tower has two bifurcated Romanesque windows (biforia) and traces of Romanesque decorations below. The northern tower is ornamented with the town owner"s coat-of-arms (Odrowąż) and the coat-pf-arms of his mother (Łabędź).The 18th century frescoes embellish the three-nave church interiors as well as its presbytery and transept. The paintings represent scenes from major battles (Vienna, Chocim, Psie Pole, Grunwald) in our country"s history. Tombstones of the Szydłowiecki family are located in the left transept nave. The chancellor"s tombstone is made of two bas-reliefs. One features the town"s owner and the second one is known as the Opatów Lament: it shows Opatów residents mourning the deceased owner of the town.

Bernardine Monastery and Church
It occupies the oldest part of the town, originally known as Żmigród. There was a church-porch there in the 12th century, but after the take-over of that territory by the Bernardine order it was replaced by a new church. The church acquired its present-day late-Baroque shape in the 18th century. Its interiors are kept in rococo style with many decorations and rich ornaments. Frescoes on the walls and ceiling show scenes from the Holy Mother"s life.

Underground Tourist Route
The highlight of Opatów is its underground tourist route leading through the basements of the former burgher houses surrounding the market square. The basement rooms occupy three levels and go to the depth of 14 meters. The 400-meter-long tourist route was open to visitors in 1984.