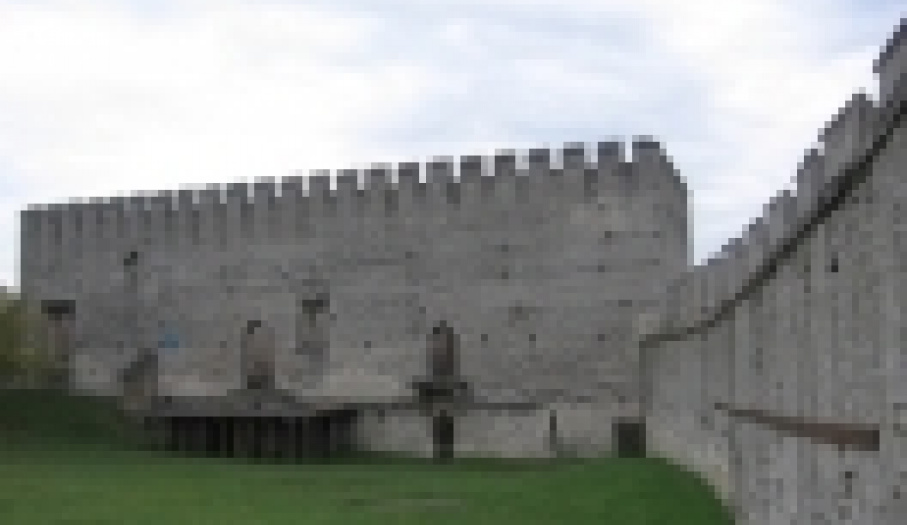 Szydłów was a settlement situated close to the trade route running along the Vistula River. It was mentioned in the historical records for the first time in1191. Due to its convenient location and historical developments, Szydłów prospered and received its municipal rights from king Władysław I Łokietek in 1329. The castle and St Ladislaus Church were founded by king Kazimierz III Wielki in the mid-14th century. The town was also surrounded by fortifications with the gates: Krakowska, Opatowska and Wodna. The town"s decline started in the 17th century following the fire set up by revolted hired soldiers in 1630, Swedish invasions, and the disastrous "visit" paid by the army of duke György Rákóczi, a Hungarian ally of the Swedes. Szydłów suffered much destruction during the final years of World War II as well.

Sights
Originally Gothic, the Krakowska Gate is the only surviving one of the three gates built in the 14th century in the town"s defensive walls. Its upper parts were later  remodeled in the Renaissance style.
In place of a wooden church, king Kazimierz III Wielki founded another one dedicated to St Ladislaus in 1355. Next to it stands an old belfry.
Only four sections (700m) of the Szydłów defensive walls (14th c.) survived till today. The walls were founded by king Kazimierz III Wielki and the town was added to the network of the country"s strongholds.
The main building of the Szydłów castle is in ruin. Of the partly preserved castle premises worth a visit is the Knights" Hall and the Skarbczyk (16th c.), now the seat of the Regional Museum.
The synagogue was built of stone in the mid-16th century. The wall-paintings and stucco decorations were added in the 18th century. Arms and foodstuffs were stored in the synagogue building during World War II. It was used for film projections after the war.
The Gothic All Saints Church (14th c.) stands outside the city walls. Its interiors are decorated with Gothic frescoes dating from ca. 1375.