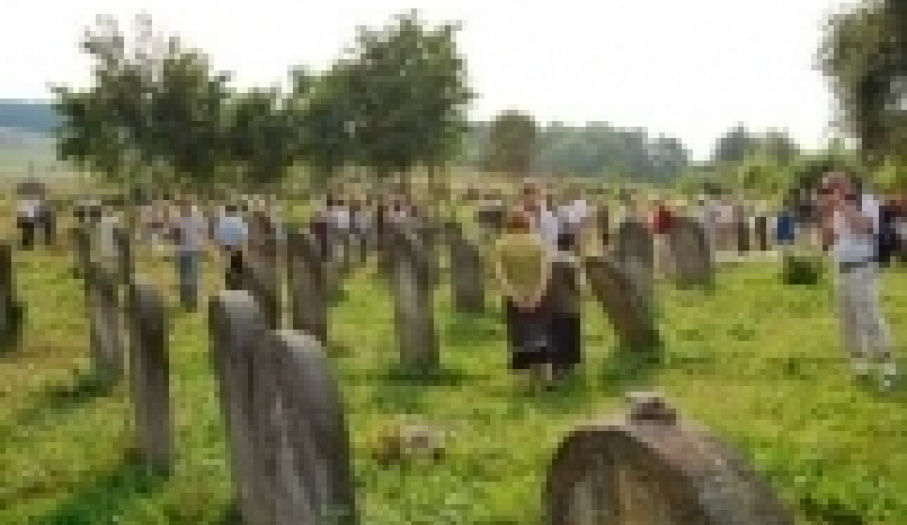 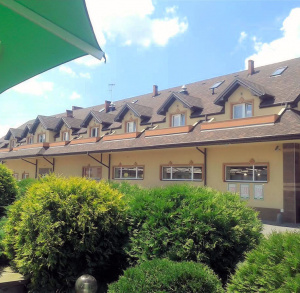 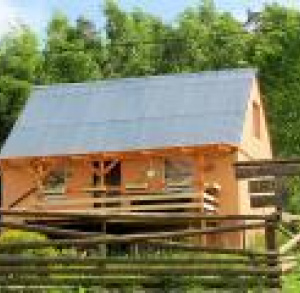 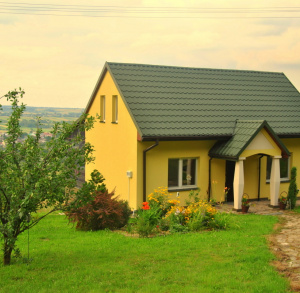 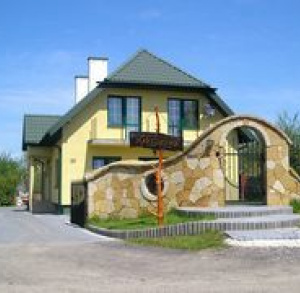 The town of Bodzentyn upon River Psarka, a tributary of River Kamienna,  is located in the Świętokrzyskie Mountains, at the foot of Klonowskie Range.

Bodzentyn had a sizable Jewish community. In the mid-19th century, Jews of Bodzentyn belonged to the synagogue district of Szydłowiec and buried their dead there. However, in 1866, the Jewish residents of Bodzentyn managed to obtain a permit to build a cemetery in their own town. The plot of land known as Krakowiec was provided for free by the county authorities. The cemetery was fenced in the early 20th century, and in 1933 the community bought more land to enlarge its area. The last burial took place in 1942. After the liquidation of the ghetto, the Germans devastated the kirkut. About 80 tombstones from the years 1870-1934 are preserved on the area of approximately 5 acres. Many of them retained their rich ornaments and Hebrew inscriptions, some still have fragments of multicolor decorations.
----------------------------------
The mother of writer Gustaw Herling-Grudziński, Dorota Herling-Grudzińska, born Bryczkowska, was buried in the Bodzentyn cemetery.
-----------------------------------
There is also a synagogue in Bodzentyn. The wooden synagogue built in the late 19th century was destroyed by fire in 1917. It was rebuilt in the years 1927-29, but bricks were used that time, although the roof was still covered with shingles. It was demolished during WWII. During the German occupation Jews from the nearby villages were brought to the Bodzentyn ghetto. In October 1942 all 7oo Jewish residents of Bodzentyn were deported the death cam of Treblinka.
------------------------------------
The Diary of Dawid Rubinowicz is an invaluable evidence of the fate of hundreds of thousands of Jewish children who were not to ever reach an adulthood. It is often put next to the worldwide famous diary of Dutch Jewish girl Anna Frank, also the victim of the Holocaust. Dawid Rubinowicz lived in Krajno near Bodzentyn. When the war started, he came to live in the Bodzentyn ghetto (ul. Kielecka 13). He was 12 years old at that time and never lived to see the end of the war – he was also deported to the dearth camp of Treblinka. He started his notes on 21 March 1940, and the last lines were written on 1 June 1942. The Diary of Dawid Rubinowicz was translated into many languages.