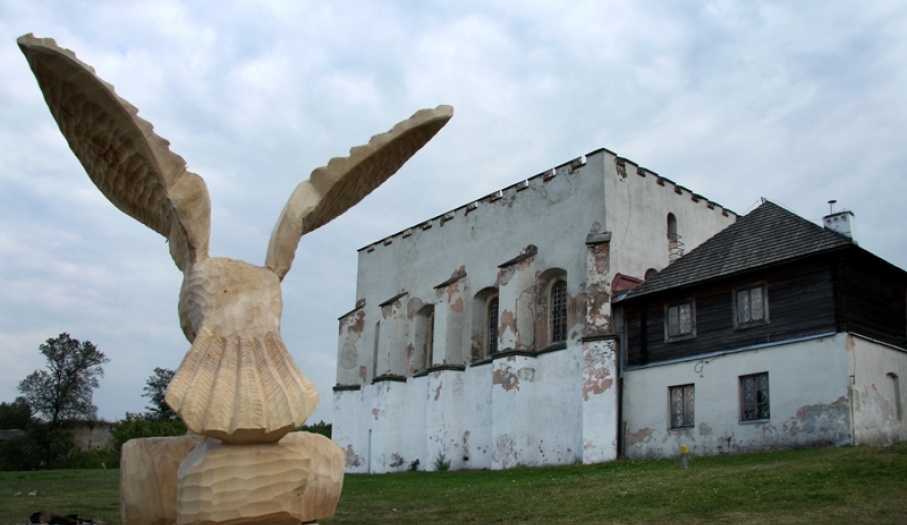 The town is situated on the Szydłów Plateau, some 52 kilometers from Kielce. The plateau is a transitional land formation located between the Świętokrzyskie Mountains and the Połaniec Basin. The Jewish community of Szydłów contributed much to the development of the town and its environs.

Already in 1494 the local Jews were granted a privilege to sell alcoholic drinks, which later on was extended to the production of beer, vodka and other articles of that kind.  Within the city walls and not far away from the market square stands a well-preserved building of the Renaissance synagogue. Its thick stone walls (2 m) were provided with buttresses and the synagogue could also play defensive functions. A simple attic embellishes the building, in contrast with the wooden outbuilding covered with a shingle roof. The outbuilding housed the section for women on the upper level. Of great value is the well-preserved and elaborately sculpted Aron-ha-kodesh, where the Torah was kept.

At present, the synagogue building shelters a gallery of modern art: the local artists present mostly the historical building and panoramic views of Szydłów. There is also an exhibition of items representing Jewish religion and culture, for example, two pieces of Torah scroll, four-meter-tall figure of Moses holding Decalogue tablets, and 18 bronze bas-reliefs featuring scenes from the Old Testament by professor Gustaw Zemła.

Like Chmielnik, Szydłów hosts Jewish culture events that evoke great interest. They include outdoor exhibitions,music concerts and meetings with poetry.