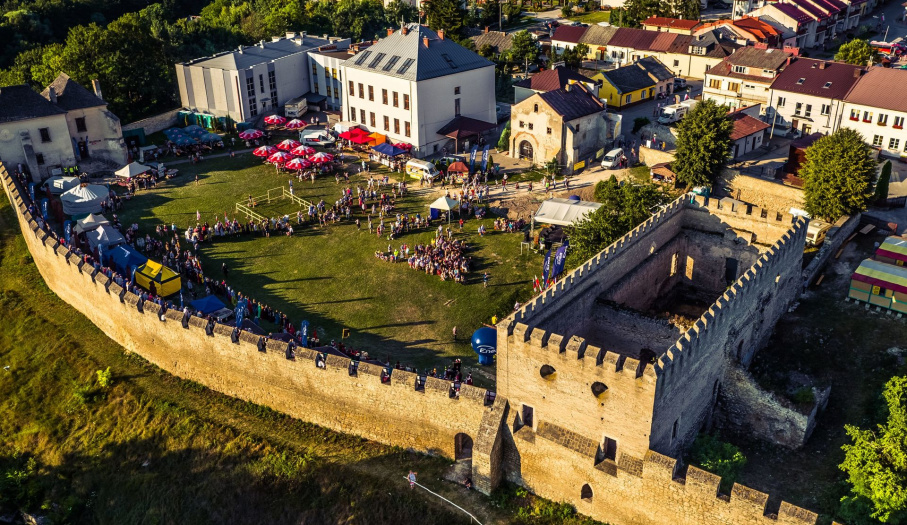 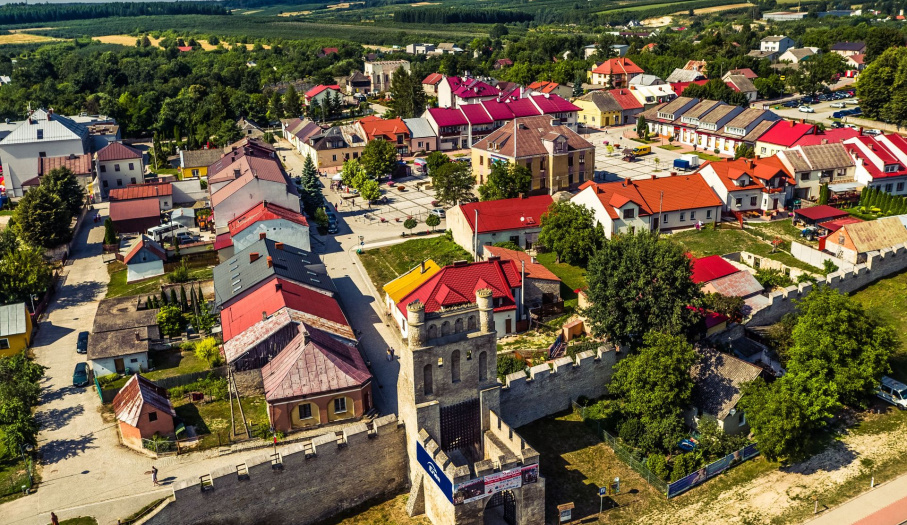 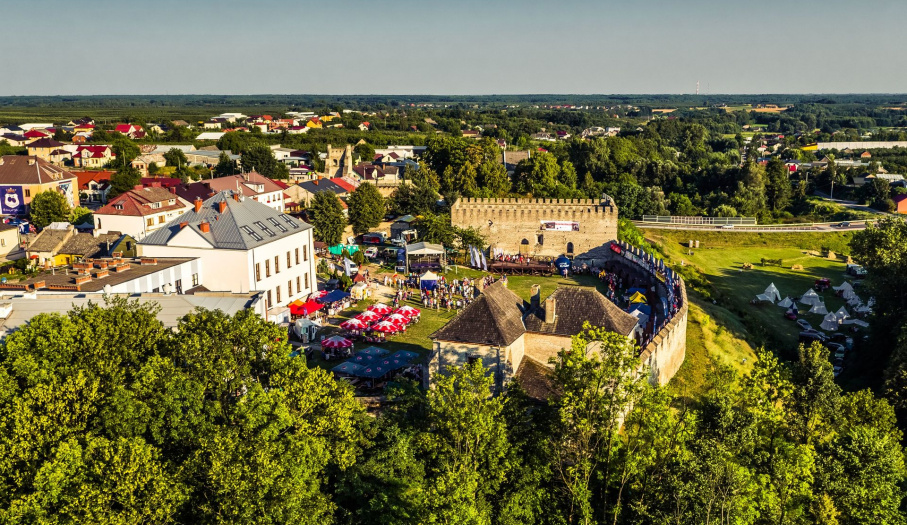 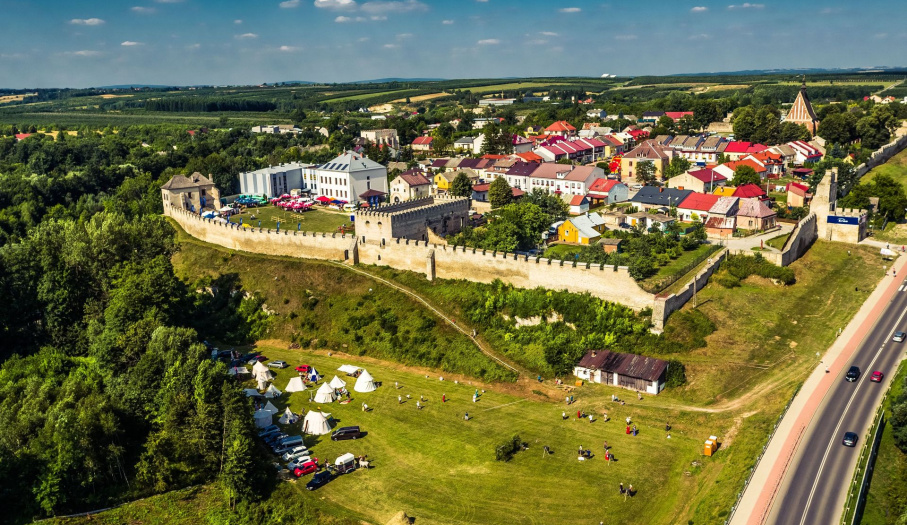 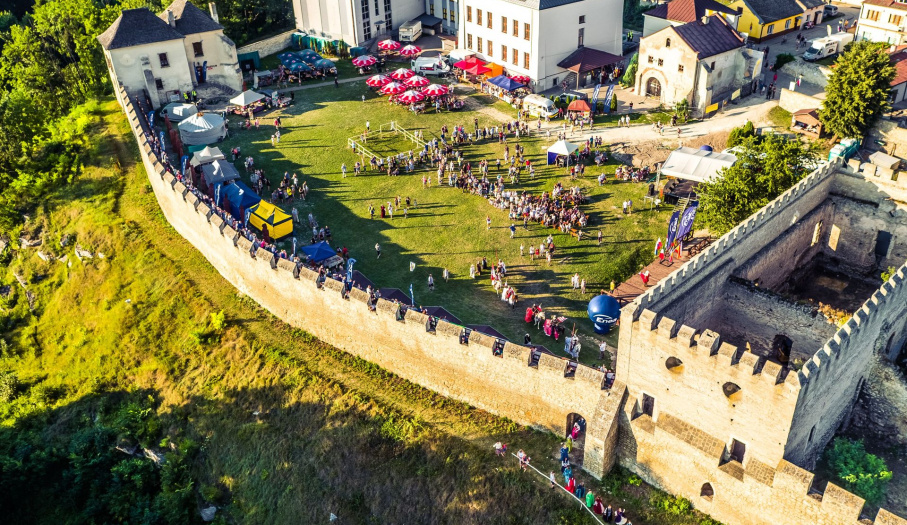 Szydłów acquired the name of Polish Carcassonne thanks to its well-preserved medieval urban layout and fortification walls (680 m)with the Renaissance Cracovian Gate. Built of the locally extracted limestone in the 14th century, the city walls were 1080 meters long and 1.8m thick.

The town and its castle erected by king Kazimierz III Wielki in 1354 were additionally protected by a moat; its remains are still visible. Located within the city walls, the castle sits on an escarpment of an elevation gently dropping towards the valley of a little river Ciekąca. The castle in Szydłów hosted royal family members only from time to time. It was built in place of the former ducal residence. The main two-storied Gothic building had some elements kept in the early-Renaissance style. Its rectangular risalit on the southern side contained the castle chapel. Both levels had wooden floors. The upper one was located close to the walls and known as the Knights" Hall. The building of the entrance gate is a part of the eastern section of the walls. In the western part of the castle yard stands a building known as the Skarbczyk, most probably a reconstructed and reshaped 16th century tower.

Szydłów suffered from fires throughout the centuries, but the most devastating one occurred in 1541. Soon the city was rebuilt and the castle was reconstructed in the Renaissance style. Nevertheless, it never resumed its former functions of a royal residence.

After the fire in 1630 and ravages committed by the Swedish troops during the deluge of 1656, the castle was renovated and the former entrance was replaced by a building with gate. The final destruction of the castle took place during the passage of the Napoleon"s army.

In the late 1960s important battlefield scenes were filmed near the castle in Szydłów for the purpose of the historical movie entitled Pan Wołodyjowski.

According to legend, a figure of the White Lady with a torch in hand appears on the castle walls, and the sound of galloping horses can also be heard. The locals say that a knight on a black horse passes near the castle walls every night.

In the 19th century the castle was remodeled to become a shelter for horses and coaches. Only three of its five Gothic portals survived the reconstruction works. The castle was turned into a permanent ruin in 1946. Of the partly preserved castle premises worth a visit is the Cracovian gate, Knights" Hall and the Skarbczyk, now the seat of the Regional Museum.