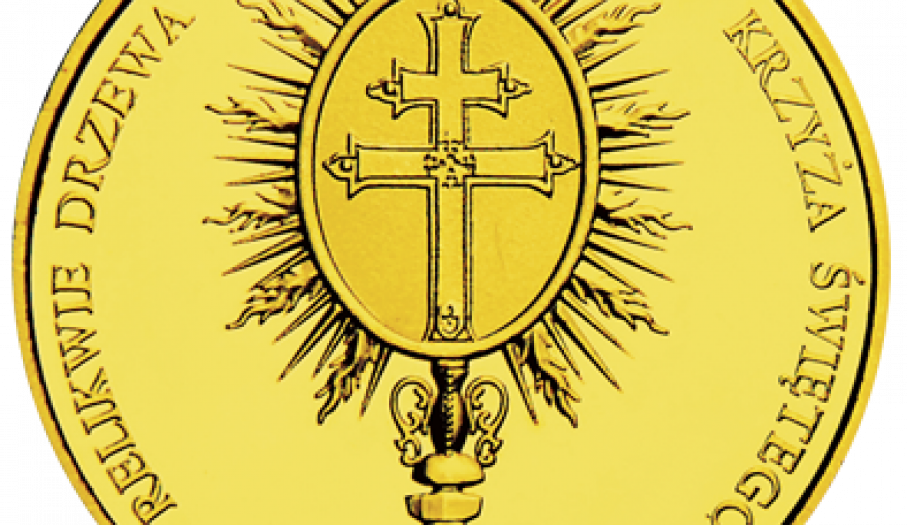 Golden Poland is a project which promotes historical, cultural and natural Polish heritage. Commemorative medals  are perfect souvenir for every collector. This unique collection of medals is available only in a particular place on the trail, you can not get it anywhere else. The offer includes regional routes such as the Golden Krakow, Silesia and Gold Themed routes such as Sites of Culture and History, Religious Places, etc.  Magical and full of energy Swietokrzyski region - Place of Power, from which you can take spiritual, physical and intellectual power. Gold medals is a reminder of the extraordinary land of sightseeing - here there are places that are outbreaks of attractions that give strength to visitors.

The Przypkowski Family Museum
At the town market there are two tenement houses dating back to the 18th century, which house the collection of a museum of clocks founded and run by the Przypkowski Family. The museum can boast of its rich and diversified collections of sundials, gnomon devices and various time-measuring devices such as hourglasses, fire and mechanical clocks as well as astronomic equipment. 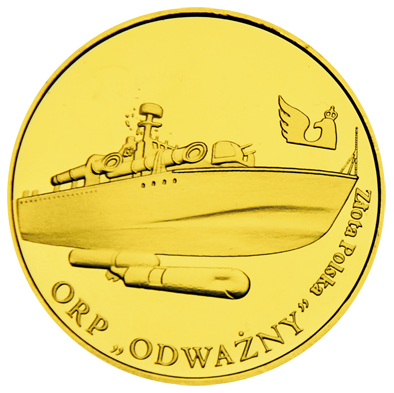 The Museum of Cistercian Fathers- the Monastery in Wąchock
The monastery was delegated by the Abbey of Morimond in Burgundy, France. The abbey was probably founded by the Cracovian bishop Gedko of the Grifit family in 1179. In the early 13th century, the Cracovian bishop Iwo Ordowąż brought an Italian construction workshop of master Simon to Wąchock. The builders started to raise a three-nave basilica with transept and side-chapels in the presbytery. At the same time, they began the construction of the square monastery building around the cloister garth.

The Sanctuary of Mother of Soorrows,  the Queen of Poland and Mother of the Świętokrzyska Land
The sanctuary, which constitutes an important centre of Marian veneration, was built in the 1980’s owing to priest custodian Czesław Wala’s great will and driving force as well as the local inhabitants’ work. Within its framework a large complex of sacred buildings came into existence, among which there are Świętokrzyska Via Dolorosa- a 33 metre building- the Pantheon of the Polish Nation martyrdom. 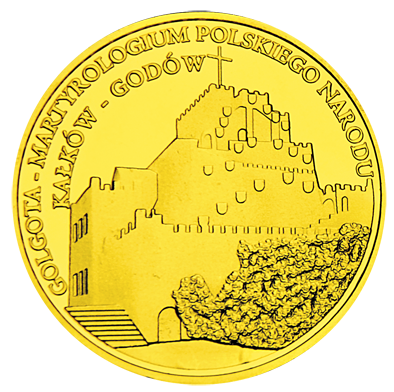 The Sanctuary of Mother of Soorrows, the Queen of Poland and Mother of the Świętokrzyska Land

The Sanctuary of the Holy Cross
Łysiec mountain, nowadays referred to as Święty Krzyż  mountain was especially liked by witches ages ago. The folk legend has it that during their Sabbaths witches practised witchcraft and organised hellish parties and dances. There are the Romains of a stone rampart surrounding the top of the mountain and dating back to around 9th century. Nowadays Święty Krzyż  is famous in Poland and abroad for the Benedictine monastery and its Relics of the Święty Krzyż Tree.

The Sanctuary of the Holy Cross Tree Relic and Museum of the Missionary Oblates of the Virgin Mary
Święty Krzyż  1
26-004 Bieliny, the commune of Nowa Słupia
phone: +48 41 317 70 21
www.swietykrzyz.pl

Jurassic Park in Bałtow
A visit to the only Jurassic Park in Poland will give you a unique opportunity to see and admire natural sized prehistoric reptiles. In the area of approximately 3 hectares in the village of Bałtów near Ostrowiec Świętokrzyski you will find over 40 dinosaur models. A diplodocus, being the largest of them, is almost 11 m tall and 26 m long.

The Museum and Reserve of Archaeology and Natural History
The locality of Krzemionki is situated some 8 km north-east of Ostrowiec Świętokrzyski. In 1922, a geologist Jan Samsonowicz discovered here Europe"s biggest mining fields from the Neolithic period, where striped flint was extracted in the years 3900-1600 B.C. This kind of flint is found in Poland only in the Świętokrzyski region near such localities as Krzemionki, Ożarów, Iłża and Śródborze. Striped flint belongs to semi-precious stones and is willingly used by jewelers who set it in silver. It"s become fashionable in many countries and is considered as stone providing energy, power, and having medicinal properties. I"s often called the stone of optimism. There are many hypothesis explaining how the flint came into being. 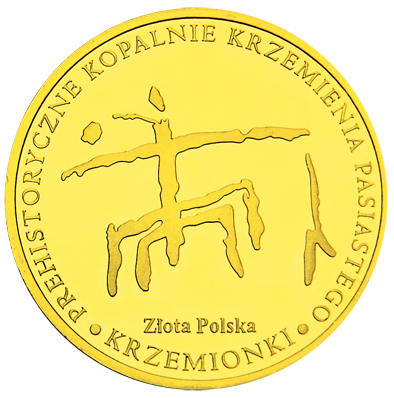 One of them says that it originated from huge colonies of dead marine sponges that lived in the Jurassic seas. While the organic remains were discomposing, the silicone dioxide was released and it assumed a concentric shape round the crystallizing core.

St Martin the Bishop"s Parish Church
One of the most spectacular examples of Romanesque architecture in Poland, St Martin"s Church was erected on the Latin cross pattern with the use of locally extracted flint sandstone in the 12th century. Its front is dominated by two differently shaped towers. The southern tower has two bifurcated Romanesque windows (biforia) and traces of Romanesque decorations below. The northern tower is ornamented with the town owner"s coat-of-arms (Odrowąż) and the coat-pf-arms of his mother (Łabędź). 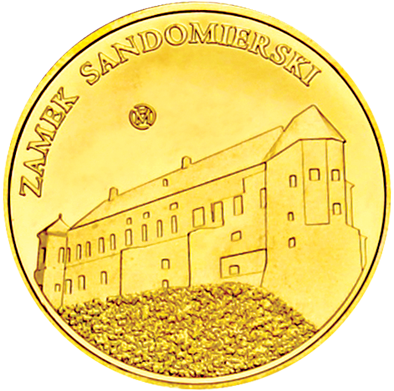 The castle of Sandomierz is a very mysterious place – all people agree that it has underground passages, but nobody knows where they are. According to an old legend, there were three such passages constructed for the castle crew in case of need. One of them was mainly used by the king going to the holy mass so it led directly to the cathedral. Through the second one that gave an access to the other side of the Vistula defenders could escape or dispatch a messenger carrying a plea for rescue. The third passage is supposedly 10 kilometers long and ends in the locality of Skotniki. It also could serve the castle crew as an rescue route in dangerous situations.

Krzyżtopór Castle in Ujazd
The castle of Krzyżtopór in Ujazd had a defensive character. Its construction that took 13 years was supervised by Italian architect Lawrence Senes, who also designed the project. Built inside massive stone walls with bastions at the five corners, this mannerist palace embodied the structure of the calendar. It had four towers symbolizing the four seasons and 12 big halls, one for each month. Exactly 52 rooms were built, one for each week in the year, and 356 windows. The building occupied an area of 3.2 acres, its walls were 600-meter-long and its cubature amounted to 70 thousand cubic meters.

Kurozwęki Palace
In the second half of the 14th century in Kurozwęki they erected a castle referred to in a document dating back to 1400 as “castrum Curoswank”. At the turn of next centuries the castle was rebuilt several times and given representative character finally to be converted at the end of the 18th century from an originally dwelling building with a defensive character into a Baroque and Classicistic residence. 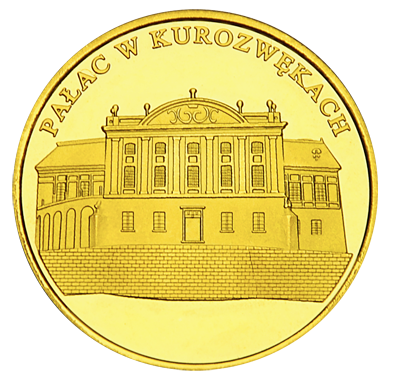 The "Golden Forest Hermitage" Therapeutic Centre at Rytwiany
The Cameldolese monaster in Rytwiany has an interesting offer for those who need peace, silence and contemplation away from commotion of everyday life. In brief, it’s a ideal offer for hardworking business people. This offer is based on three Cameldolite rules of silence, contemplation and solitary lifestyle. On the Cameldolite tradition is founded the SPeS therapy (salus per silentium – health through silence), which embraces the whole human being and provides him with physical and spiritual renewal.