On the Posłowicki Chain around Kielce 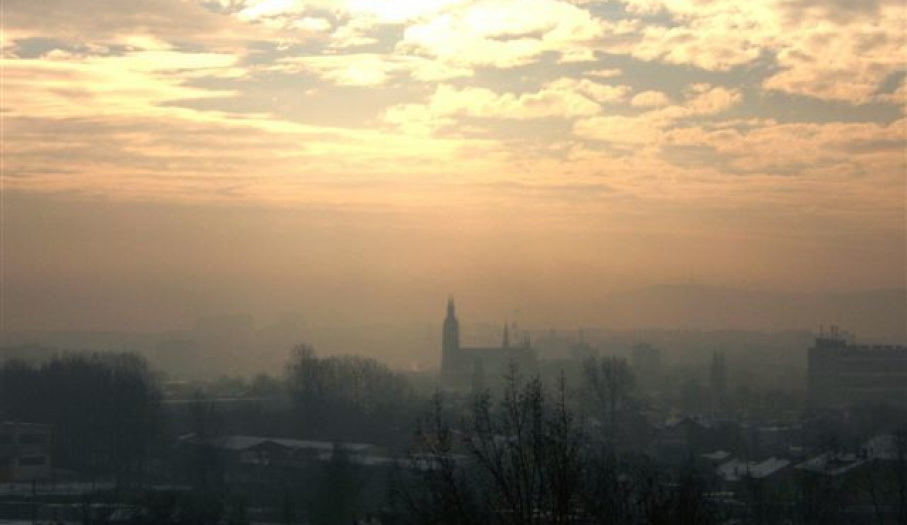 The trail is not too far away from Kielce, which does not mean that lacking here beautiful landscapes and nature reserves. Satisfied should be also fans of monuments who will obviously admire the monastery in the top of Karczówka Hill. 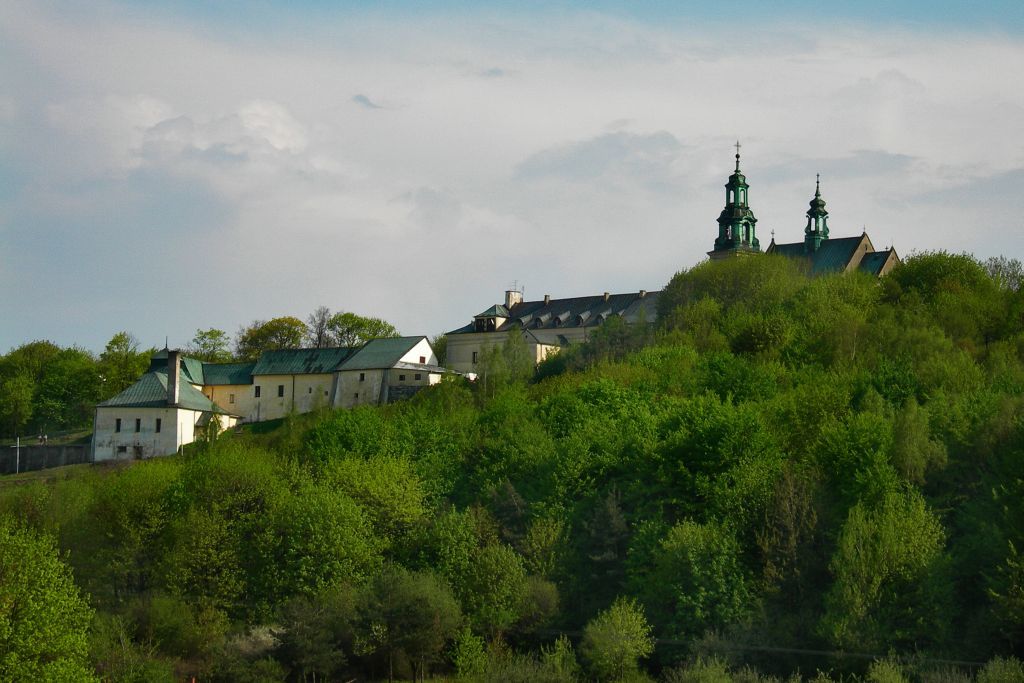 Karczówka - is a picturesque hill located in the western part of the city of Kielce and topped with a beautiful post-Bernardine monastery founded by the Bishop Marcin Szyszkowski and dating back to the 17th century. The early baroque church was erected in the years 1624–1628 and extended in the years 1629–1631, when a monastery with its cloisters and outbuildings were added. As far as the interior of the temple is concerned, it is worth seeing the St. Barbara’s Chapel with its interesting Baroque sculpture of the patron saint of miners, which is placed in the altar. The sculpture was made of galena ore extracted near Karczówka. The hill covered with forest is not only a landscape reserve, but an excellent observation point as well.

Kielce-Białogon - former industrial settlement, which was incorporated in Kielce in 1966, in the 17th century. They created a copper smelter, in the 19th century, the initiative of Stanislaw Staszic built another plant, which, in addition to copper and lead, could boast of processing small amount of silver. Some factories pumping current factory was considered historic, and the composition itself consists of five radiating settlement overlooking the street from the plant gates. At home growing clone scout - a monument of nature, and at the Memorial of Stanislaw Staszica - lime. It is worth to pay attention to the wooden church, built in 1918 in Zakopane style, covered with a shingled roof.

Breakthrough of Bobrza River - a picturesque gorge separates the Posłowickie Chain from Zgórskie Chain. It is noteworthy that the bridge was built here in the Interwar Period. It was named of Kazimierz Piątek "Herwin”. Near the bridge one can see a monument commemorating the ten hostages shot by the Nazis in 1943.

Pierścienica – elevation on Posłowickie Chain is primarily known from a ski slope, perfect for picking the first steps in skiing. In addition, until 2006 a paved springboard existed here and Famous Wojciech Fortuna was training here. Coming down, one can find monument commemorating the victims of Nazi terror, unveiled in 1960.

Kielce - worth to see is Bishop Jakub Zadzik"s palace  founded in the early 17th century. Built on a square plan, the main part of this early-Baroque structure occupies the Wzgórze Zamkowe (Castle Hill). 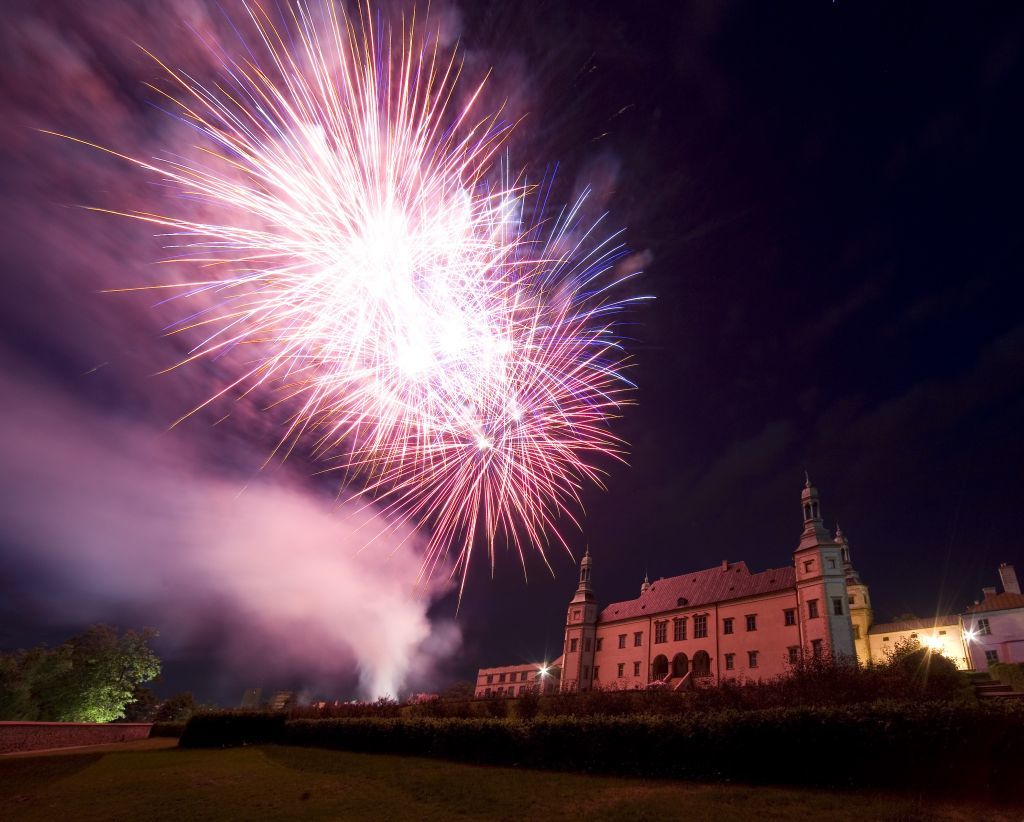 A reconstructed Italian garden (17th-18th cc.) was open in the back-yard of the palace in 2003. Today the palace houses a branch of the national museum. Next to palace, one should see Cathedral of the Ascension of the Holy Virgin Mary. The highlight of the city"s architecture, the Baroque building of the cathedral retained some Romanesque elements. It faces the Bishops" Palace and stands on the  Wzgórze Zamkowe.
Museum of the Toy & Entertainment - Set up in the 1970s, it"s the biggest museum of that type in Poland. Its collection of a few thousand toys occupies an area of 700 square meters. The following are the most precious items of the collection: a German wax doll (18th c.), dolls with porcelain heads in costumes from the 19th and 20th centuries, lead soldiers (19th c.), and furnished rooms for dolls. Beside old items, there are also folk toys and modern entertainment exhibits.

Kadzielnia Reserve - this small inanimate nature reserve occupies an area of 1.5 acres and is located in the city center. In the highest section of the hill there is a rock known as the Skałka Geologów (Geologists" Rock). It stands in the middle of the former Kadzielnia quarry, closed in 1962. A few interesting geological phenomena can be observed here in the Devonian limestone deposits. They include animal remains (corals, brachiopods, fish, cephalopods), calcite ore veined mineralization, and tectonic and karst phenomena. One of Poland"s most spectacular amphitheatres was built in the southern section of the quarry. Many countrywide known concerts and festivals are organized on this stage.