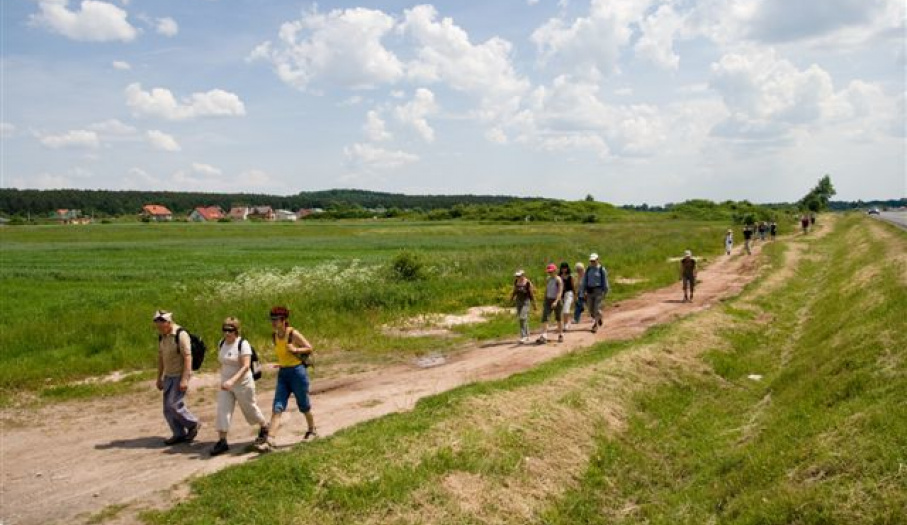 The route leads mainly forest areas, however, does not lack attractive scenic sections. Geology enthusiasts will be interested in the traditions of Miedziana Góra and Tumlin surroundings, and fans of legends will find something among the mysterious Stone Circles on the Grodowa Mountain. 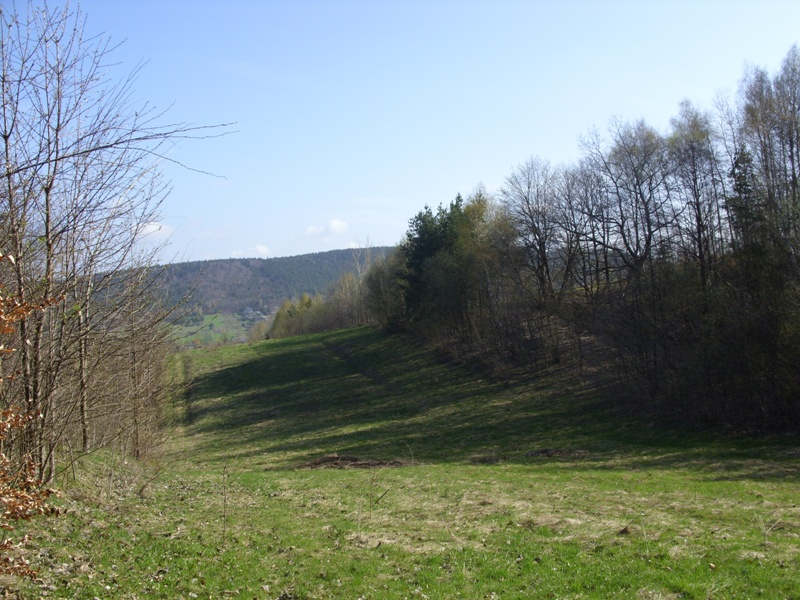 Miedziana Mountain - the name and history of the town is linked to the copper mine. This raw material covered the roofs of the Wawel Castle in 1593. The town prospered during the Staszicowskie Times, when Staszic expanded the existing mines here. To this day, in the village remains of old mines and 19th-century chapel of Saint Barbara can be seen.

Kamień - wooded hill near Miedziana Mountain. On the southern, heavily overgrown hillside, a few dozen meters Devonian sandstone outcrops with bronze color are raised  to a height of 5m. This place is called "The Hell - Stone."

Grodowa Mountain – an inanimate nature reserve with an area of almost 13 hectares has been set here in 1994. 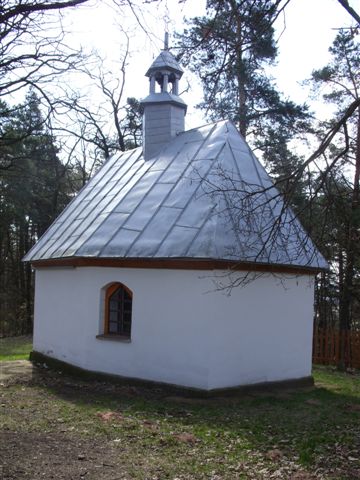 Sandstone outcrops with unique combinations of sedimentary structures are protected here, as well as, monuments of material culture. The Grodowa Mountain was one of the three centers of pagan worship in the Świętokrzyskie Mountains which are proved by preserved fragments of cult shafts. According to tradition, a fortified settlement was built here, which gave refuge of the local population during the Mongol invasions. Worth to notice is the church chapel of Transfiguration of 1850, built on the site earlier. According to tradition, it has commemorated the 100. anniversary of the Swedish defense.

Tumlin – one can see the church of Saint Stanisław, the Bishop. Founded in the 16th century, the building was enlarged in the 17th century. The facade of the church was covered by red sandstone slabs in 1986. The porch includes a commemorative plaque of partisan "Perkun" and murdered civilians. The interior is mainly baroque, except the 19th-century altar. At the cemetery one can see the19th-century tombs.