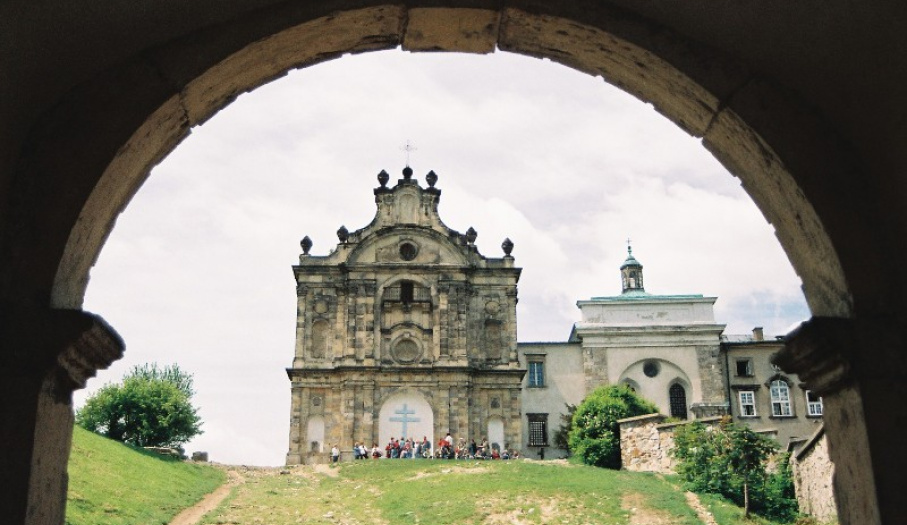 The trail leads through places associated with the earliest settlements in the Holy Cross Mountains, extending its range of rich history, namely the Holy Cross and a beautiful mountain nature.

Bieliny - the origins of Bieliny date back to the 15th century. Its Polish name is most probably derived from the main occupation of the villagers, which was flax bleaching. Remodelled in the 19th century, the parish church of St Joseph the Spouse was erected in the 17th century. Other sacral monuments include charming little wooden chapels (19th c.). The village of Bieliny is well-known for its huge plantations of strawberries. The Strawberry Day has been celebrated here since 1998. As the local inhabitants are very fond of old customs, the program entitled “The Land of Świętokrzyskie Legends” was created and became a great tourist attraction. These outdoor games let tourists travel through time and take them for journeys in the past. 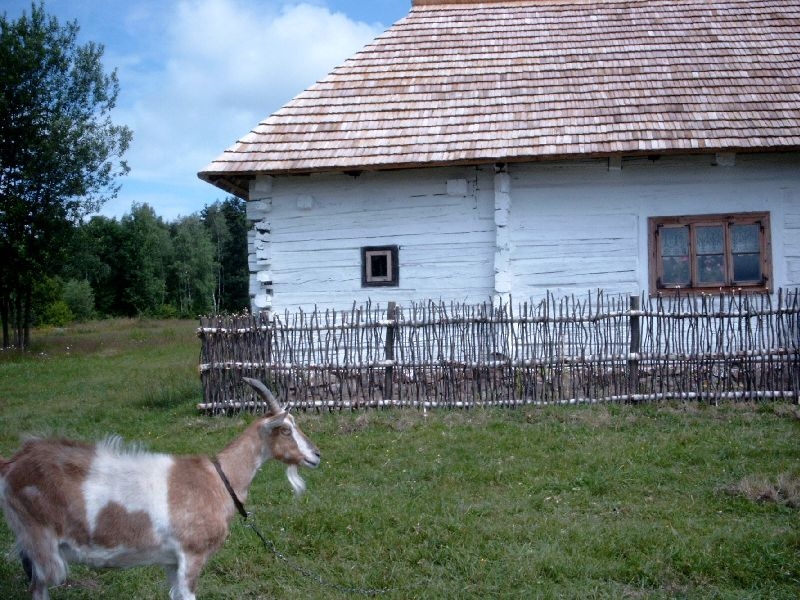 Kakonin –in the village one can see historical wooden hut from 19. century – an example of Świętokrzyska folk tradition. Nowadays, the hut is take care by the Board of Good Taste.

Huta Szklana – the name of the village refers to 16th-century glasswork which produced packaging for medications manufactured in the monastery. In the park there are three, large crosses commemorating the officers murdered in Katyn, Kharkov and Mednoye spring 1940.

Święty Krzyż – the Benedictine monastery on the summit of Mt Łysiec in the heartland of the Świętokrzyskie Mountains is certainly one of the regional highlights attracting both pilgrims and tourists. The Benedictine Abbey was founded here in the 12th century and soon the relics of the Holy Cross arrived – they were just five little fragments of the wooden cross on which Our Lord died. Till the 17th century it was the most important religious sanctuary in Poland. Although now it ranks second after the Black Madonna Sanctuary in Częstochowa, it is still visited by approximately 200,000 pilgrims and tourists each year. The relics are kept in an armor-plated tabernacle of the high alter in the burial chapel of the Oleśnicki family. They have a form of a double-armed cross framed in sheet gold with engravings. This casing is placed in the silver reliquary featuring a sun crown. The Baroque and neoclassical building of the church is the third temple erected on this site in the years 1781-1789. Its interiors represent the simplicity of neoclassical style embellished with paintings by Franciszek Smuglewicz. One of them shows St Emericus during his encounter with an angel with the Łysogóry Range in the background. Besides the relics of the Holy Cross, the Oleśnicki family chapel (1614-1620) contains the tombstones of Mikołaj an Zofia Oleśnicki as well as the crypt of Jeremi Wiśniowiecki. There is also the Museum of the Oblate Missionaries of Our  Lady the Immaculate. Other attractions include the unique gołoborza, or boulder fields, remains of the pagan cult site (8th c.) surrounding the summit of Mt Łysica, and the Exhibition of the Świętokrzyski NP.