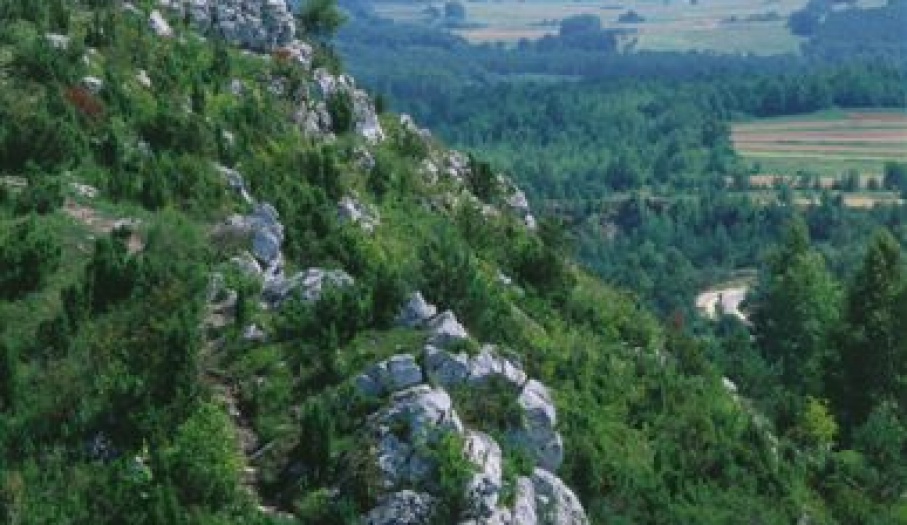 The route is primarily recommended to all interested in Geology and the mining tradition of the region. The biggest attraction is Miedzianka Mountain, jokingly called the Świętokrzyski Giewont. It provides an excellent vantage point.

Bolmin - the route begins near the church. The temple was built in the 17th century, but in the 20th century has significantly rebuilt. One should draw attention to interesting architectural design -  the dome invisible from the outside. Another monument of Bolmin is built at the turn of the 16th and 17th century fortified manor house, which was expanded in the 19th century. In the cellars and partially on the ground floor, one can observe the vaults made of light stone. Near Bolmin there is a small reservoir.

Grząby Bolmińskie (330 m) – 4km ridge built of Jurassic limestone in which fossils of oysters, sea urchins and corals have been preserved. 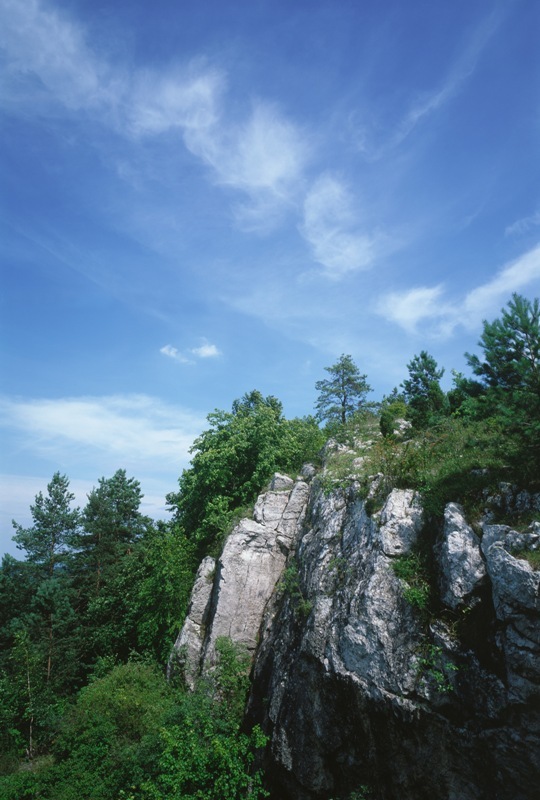 Miedzianka - the elongated massif of Mt Miedzianka has been placed under protection. It constitutes the north-westernmost located elevation of the Chęciny range of the Świętokrzyskie Mountains. The plateau has three summits that are connected by a picturesque rocky ridge. The reserve encompasses two closed down quarries and the area of a former copper mine in operation from the 14th century. What remains of the mine is the main adit Sophia that runs through the whole massif of hills and the Antoni extraction shaft as well as many small shafts, fissures, bell pits, and mine dumps. The reserve features karst phenomena that are responsible for the creation of numerous caves. The rocky and sunlit slopes of Mt Miedzianka are overgrown by such thermophytes as common cotoneaster, juniper and roses.

Piekło (Hell) Milechowy Reserve - established in 1978, the forest reserve with an area of 134 ha. Here are protected plant units with the characteristics of natural vegetation and grasslands. A deep gorge limestone hill divides into two parts, and one of the outcrops of limestone cave is Hell Milechowy less than 18m in length.

Czubatka (326 m) - summit elevation is placed under protection as a natural monument. Here are protected outcrops of Jurassic limestone, where can be observed an interesting phenomenon of karst. Ridge is traversed by ditches, which are the remains of German fortifications from WWII. One should notice special vegetation. Trees do not grow up here because of the extremely thin layer of soil, which makes development of rock vegetation possible.