Through the forest around Włoszczowa 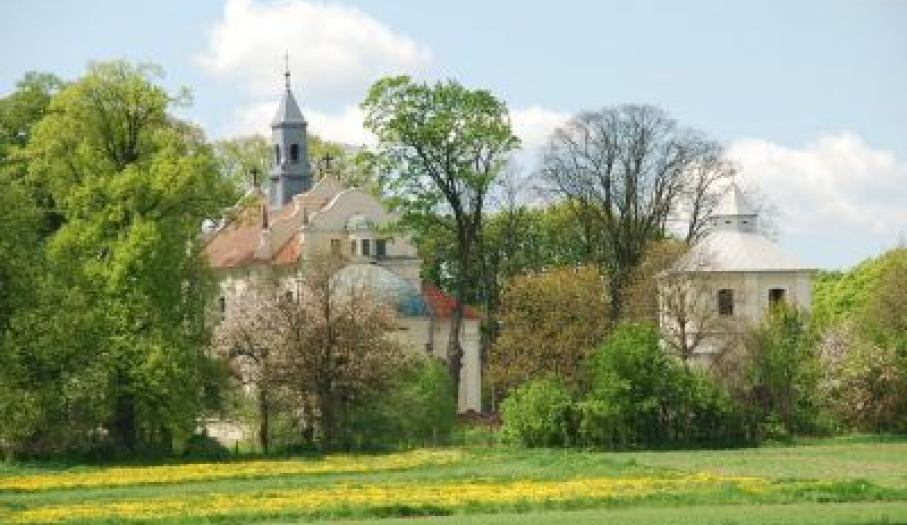 Bicycle ride along the trail is a proposal for nature lovers and interested in history. The trail leads dirt and forest roads, often unmarked, so that one should bring a terrain bike and exact map of the surroundings.

Włoszczowa - according to tradition, the church was to be built where Our Lady appeared to the children in the 17th century. Primate Maciej Łubieński gave his consent for the construction of the chapel because the apparitions occurred many times and lots of people witnessed them. Some time later Father Jakub Chrostkiewicz brought a painting of Our Lady the Immaculate with Child from Cracow (Kraków). It is now placed in the high alter of the church which was greatly enlarged in the 19th century.

Brzeście – one should notice a monument dedicated to soldiers of the Domestic Army, who won the fight with Germans in 1944. 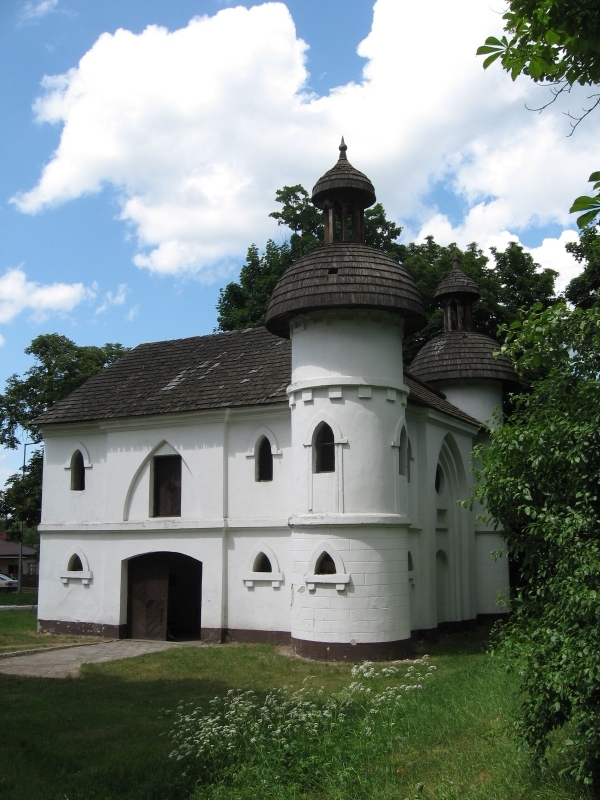 Kluczewsko – worth paying attention is granary built in 19 in romantic Neo-Gothic style, the remains of a nineteenth century manor complex with an attractive coach house and 18th-century park and church of Saint Wawrzyniec of the 18. century.

Kurzelów - first records mentioning the name of Kurzelów date from 1136. Originally it was in the possession of Gniezno bishops. Kurzelów received its municipal rights in 1285. Its slow but steady development was halted by the Swedish invasion in the 17th century. Kurzelów lost its municipal status in 1869. Today the village of Kurzelów attracts visitors thanks to its Church of the Ascension of the Holy Virgin Mary erected in 1360. The Gothic construction has original palm vaulting reposing on only one column. The church contains a bronze baptismal font (15th c.) and a tombstone of Marianna Baranowska born Pieniążek, wife of the Sieradz voivode, who died in 1631. Next to the church stands a wooden belfry (18th c.) and the entrance into the church yard is protected by figures of four saints. Forefathers of writer Stefan Żeromski such as the Saskis, Kuleszyńskis, Kozłowskis prayed in this church. So did his grandmother, Stefania Agnieszka Katerla, who is buried in the local cemetery.

Czarnca – the village is famous for hetman Stefan Czarniecki – one of the most famous person in Polish military history. One should notice church of the Assumption of Holy Virgin Mary and Saint Florian built in 1640-1659 thanks to effort of hetman. It is a mausoleum of Czarnecki, whose remains were buried in a tomb located in the chancel. Worth to see is manor house with 19th-century park.

Konieczno – worth paying attention is the church of the Holy Virgin Mary and the historic belfry of the 18th- century.

Nieznanowice – one should notice the ruins of the manor house,  historic gate and fence or park with fountain from the 18th century.