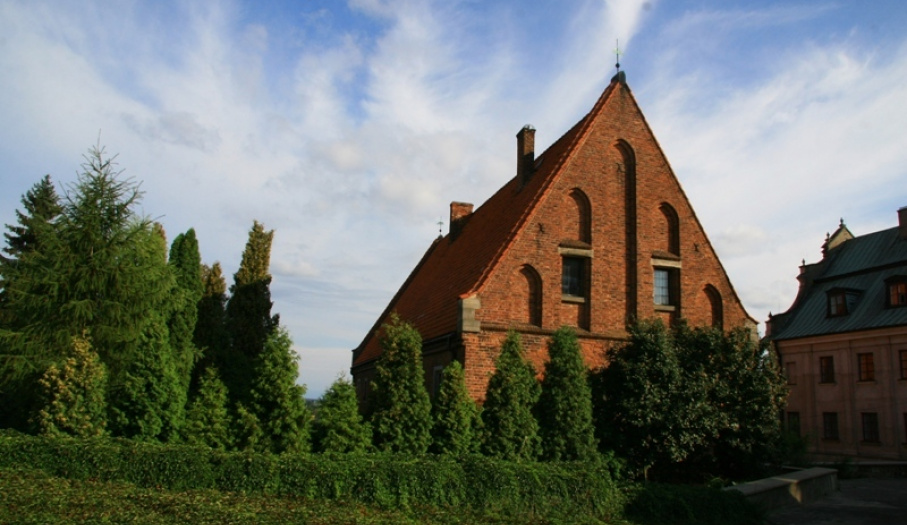 This trail is not very difficult and leading through the forests and asphalt routes. It is recommended for historical monuments amateurs because of the most representative towns and villages of Wisła and Koprzywianka Valleys. 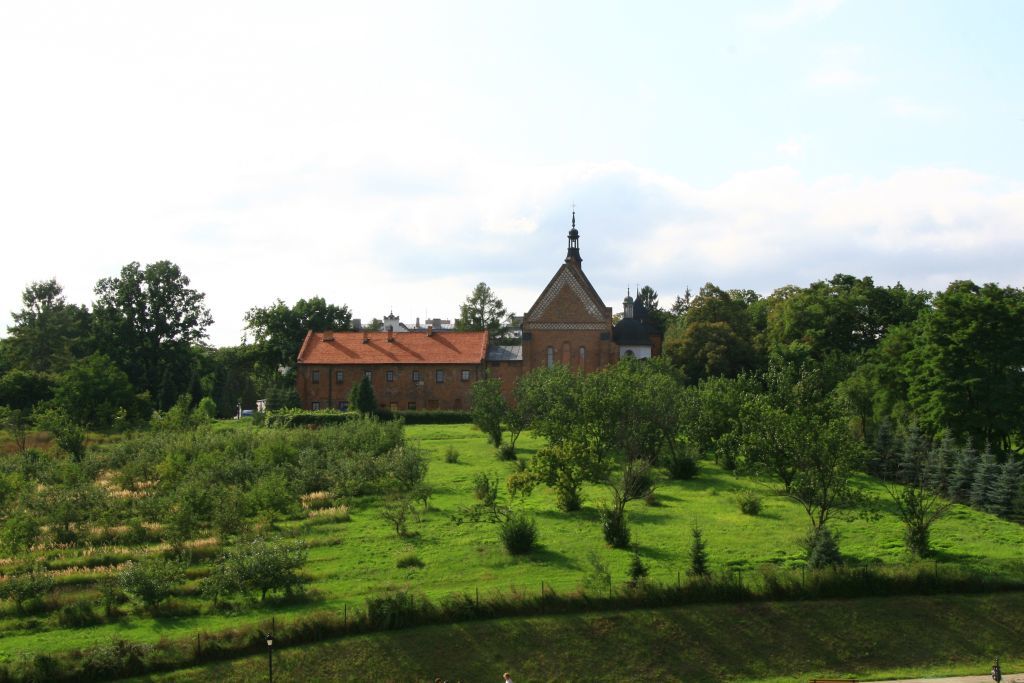 Skotniki – the pride of the village is 14th century church which has been survived almost unchanged during the time. One should notice starry barrel of the nave which is supported by central pillar. The equipment is mainly rococo but many of Middle Aged paintings have survived until now.

Koprzywnica - Situated in the River Koprzywnica valley, the town is known thanks to the Cistercians who built 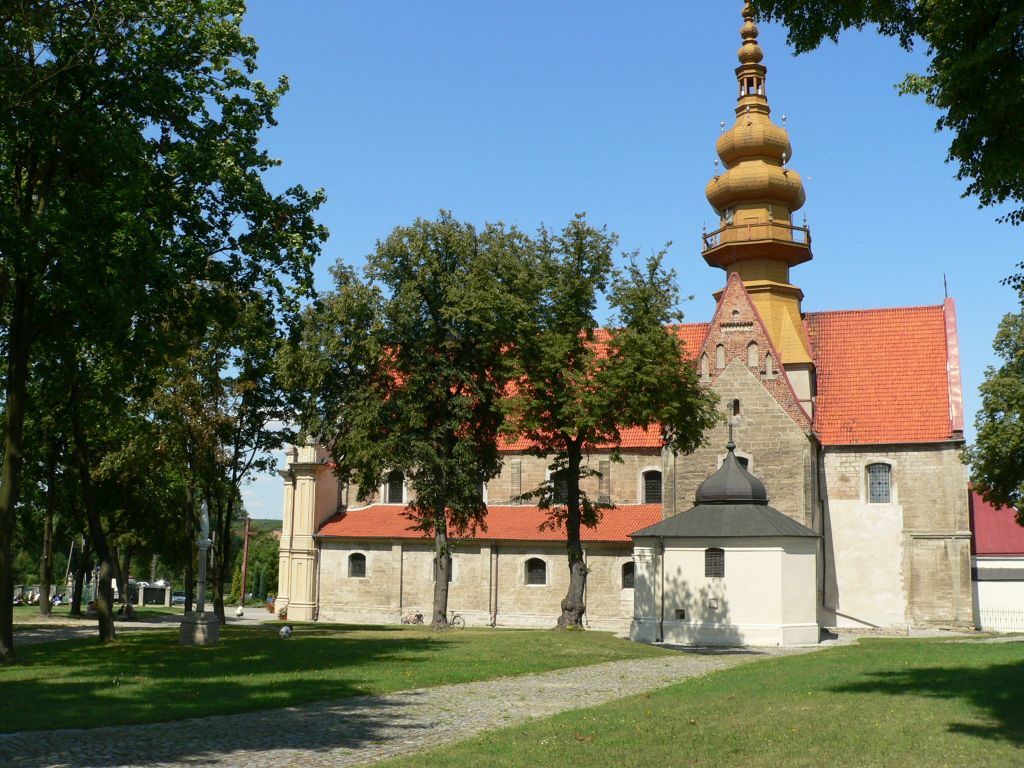 here their abbey in 1185. Its characteristic Baroque tower is visible from far away. Mikołaj Bogoria of the nearby Skotniki founded a monastery for the Cistercian monks arriving from Burgundy in the 12th century. Their activities ended in 1819 when the Cistercian order in Poland was dissolved. The return of once lost relics of St Florian was an important moment in the history of the local St Florian"s Church and its parishioners. They arrived to Koprzywnica brought from St Florian"s Church in Cracow in 1995. The town"s historical monuments that remained preserved till our times are the Church of the Holy Virgin Mary and St Florian and the eastern wing of the monastery. Twice remodelled (17th- 18th cc.), the church was erected in the years 1207-1218. It"s a three-nave basilica with cross and ribbed vaulting and demi-columns ornamented with floral and geometric motifs. Its high alter (17th c.) founded by Zbigniew Oleśnicki contains a magnificent painting (1646) by Bartłomiej Strobel featuring the ascension of the Holy Virgin Mary. In the only preserved part of the monastery is a large capitulary of which cross and ribbed vaulting is supported by two columns.

Sulisławice  - There two churches built in Sulisławice. The first one was erected in the 13th century, and although much enlarged in 1600, it preserved a few original Romanesque and Gothic elements such as builders" marks and the southern portal. The former sacristy now contains a memory room devoted to the Jędrusie partisan grouping that recorded the longest operation period during World War II. Next to the old church, a new one was built in the years 1871-1888. Dedicated to the Birth of the Holy Virgin, the new church is home to the much venerated picture of Our Lady of Sorrows of Sulisławice transferred from the old church. The picture painted in distemper on a wooden plank was most probably made around 1450.The first coronation took place in 1913. The gold crowns were stolen in 1940, but the robbers dumped them in the cemetery, where they were found later. The new crowns were consecrated on 7 July 1991 by Pope John Paul II during his fourth pilgrimage to Poland. 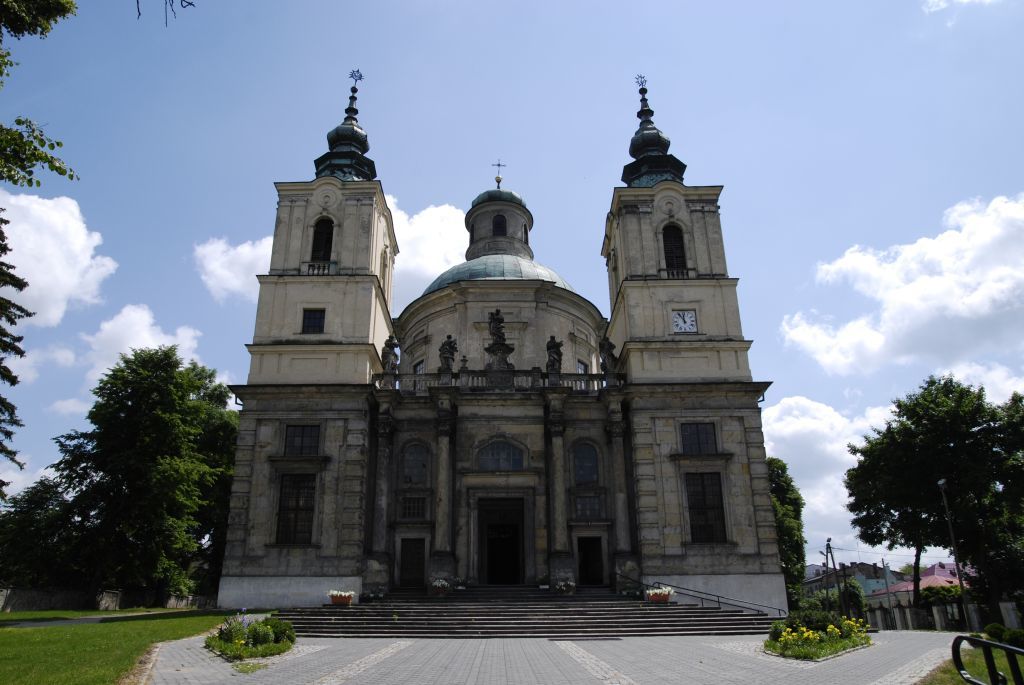 Klimontów - Cracovian castellan Klemens founded Klimontów near Sandomierz around 1240. First records of the village"s existence date back to 1404. It passes into hands of the Ossoliński family in the 15th century. Castellan of Radom, Jan Ossoliński, a close companion of king Władysław II Jagiełło was the first owner of Klimontów. The town was set up by the voivode of Sandomierz Jan Zbigniew ossoliński in 1604. It was then that Klimontów received its municipal rights from the king. The town was located on the teritory of the former village Ramuntowice. Zbigniew Ossoliński brought Dominicans to the town in the early 17th century. Construction of a monastery was started in 1620. kept in the late-Renaissance style, St Hyacinth"s Church had a few Gorhic elements: it stands adjacent to the monastery buildings. Zbigniew Ossoliński died in 1623 and was buried in the porch of the local church. The Dominican monastery was completed by Jerzy Ossoliński who also started the construction of St Joseph collegiate church designed by Wawrzyniec Senes (Laurentius de Sent). In the most original 17th century sacral buildings in Poland. Built on an elliptical plan, its foundation were patterned on the early-Baroque architecture. The project was not completed during Jerzy Ossoliński"s lifetime - he died in Warsaw in 1650 at the age of 55 and was buried in the crypt of his church. The Morsztyn, Sanguszko, Denhoff and Leduchowski families were subsequent owners of Opatów.

Górki Klimontowskie – complex of park and place, inaccessible for the visitors.

Ujazd – the town is famous for castle which is located in a little town of Ujazd situated near the south-eastern boundary of the Świętokrzyskie Mountains. The castle of Krzyżtopór in Ujazd had a defensive character. Its construction that took 13 years was supervised by Italian architect Lawrence Senes, who also designed the project. Built inside massive stone walls with bastions at the five corners, this mannerist palace embodied the structure of the calendar. It had four towers symbolizing the four seasons and 12 big halls, one for each month. Exactly 52 rooms were built, one for each week in the year, and 356 windows. The building occupied an area of 3.2 acres, its walls were 600-meter-long and its cubature amounted to 70 thousand cubic meters. Marble and mirrors were used in the interiors of the underground stables, while the ball room had an aquarium in place of the ceiling. The water supply installations used water from the local spring, and rooms were heated with warm air coming to them through special air passages.