Towards the Holy Cross 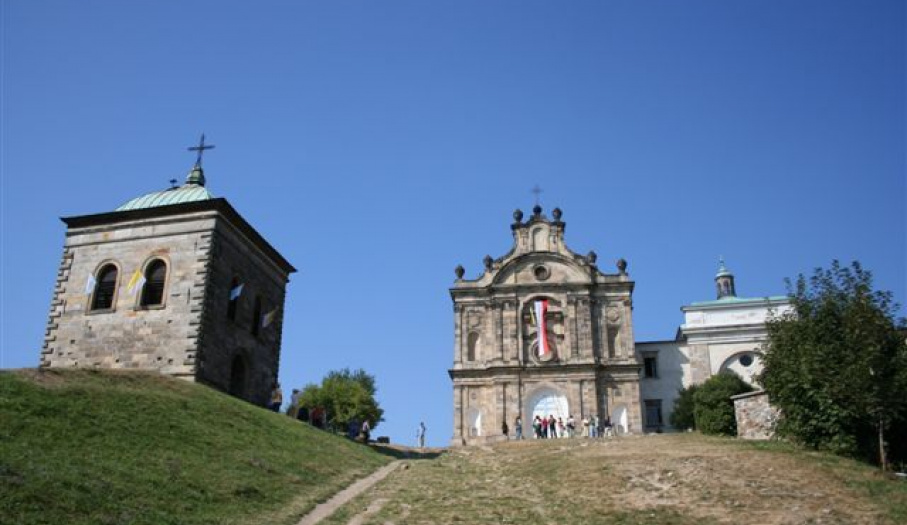 This short trail leads through the most famous areas of the Świętokrzyskie Mountains. In addition to the scenic and natural values of the Forest Jodlowa, it gives an opportunity to discover the wealth of history and legends of a region. 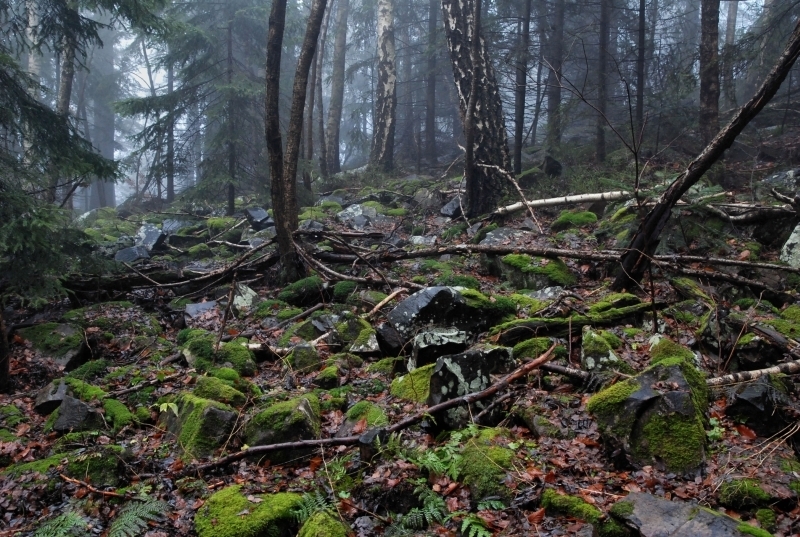 Royal Road – it is a part of the blue tourist trail, which is laid out along the road to the summit of Łysa Góra. King Wladyslaw Jagiello had been prayed here before the battle with Teutonic Knights. The trail leads through Fir Forest, which are strictly protected under the Świętokrzyskie Mountains National Park. Tourists’ walk to the summit is accompanied by Stations of the Cross, carved in wood. In the middle of the road, about 50m to the left of the tourist shelter, Beech Jagiello is proved that its shapes reflect the mysterious nature of the wilderness. Although, the scientist found that the tree is younger than ensure of the legends (according to which the beech remembers the first Jagiellonian king on the Polish throne), it is still worth seeing as a specimen of the nature. Should be notice that traces of a pagan cult shaft are visible as the tip of the ellipse belting the Łysa Góra. In the clearing there is a mound of Adam Czartoryski, who heaped on his death to commemorate a patriotic speech, before going into exile after the fall of November Uprising. Devoted to the 1861 was destroyed after the defeat of the January Uprising. Stone circle base has preserved. With a wooden chapel we turn right at the Bielnik Clearing, where the cemetery of about six thousand is located. Soviet prisoners of war died in the functioning in 1941-1942 Nazi extermination camp at Holy Cross.

Monastic Complex on Łysa Góra - the exact date of the beginning of a Benedictine abbey, disappears n the darkness of a history. The earliest mention of the source ("Wielkopolska Chronicle") mentions that the founder of the Abbey was Boleslaw Krzywousty. Ever since the Middle Ages, the monastery was the center of the medieval cult of relics of the Holy Wood of the Cross. In 1819, there was dissolution of the monastery, and in the years 1884-1939 there were severe Tsarist prison. 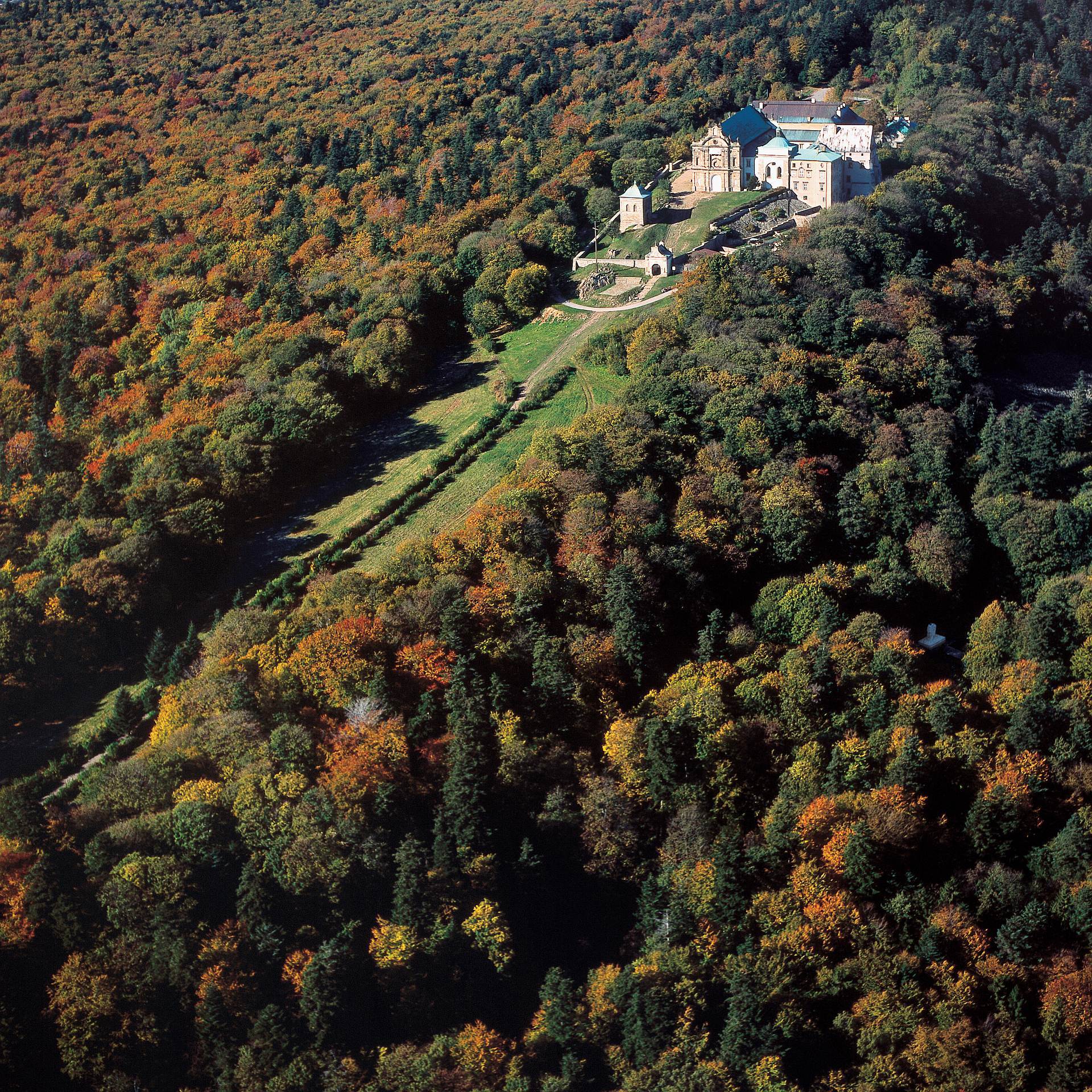 Currently, the monastery occupies part of the Order of the Missionary Oblates of Mary Immaculate. The complex consists of a church and buildings, adjacent to the north of the monastery . From the east facade, along the walls of the church, go to the courtyard, where the wicket goes inside. Through the Gothic cloisters, one can come to the marble tomb in the form of a baroque altar, where in 1766 the monks moved the remains buried in the church basement. It should also pay attention to the church, where we can admire the neoclassical interior images of Francisze Smuglewicz, one of the most talented painters of Polish late 18th and early 19th centuries. Leaving the church through the neighboring door, we come to the sacristy, where you can admire the 17th-century marble lawaterz and wood paneling from the same period. Placed on the barrel vault of murals depicting scenes from St. Benedict. Marble portal leads to the chapel of Oleśnicki. Eyesight here attracts a colorful wall paintings and 18th-century paintings illusory. Relics of the Holy Cross are kept in today"s Tabernacle, located on the 16th-century marble altar. Storied tomb of the founder of the family is at the door. Attention excellent study of 17th-century knight"s weapons, uniforms and female faces, as well as the dead people. Continuing the walk through the cloisters, we pass ornaments and wrought iron bars of the 17th century, the shop and Museum of Mission which presents souvenirs from around the world gathered at the Oblate missionary expeditions. Here you can also refer to the tragic history of the abbey prisoners. After leaving the monastery, you may visit the crypt (south side), where the body of Yeremi Wiśniowiecki has been presented. Worth to see is the Museum of Nature and Forest of Świętokrzyski National Park. It is housed in a chalet in the 17th century wing (west entrance). Geological, archaeological, floral and fauna collections are presented from the site of the Holy Cross Mountains. 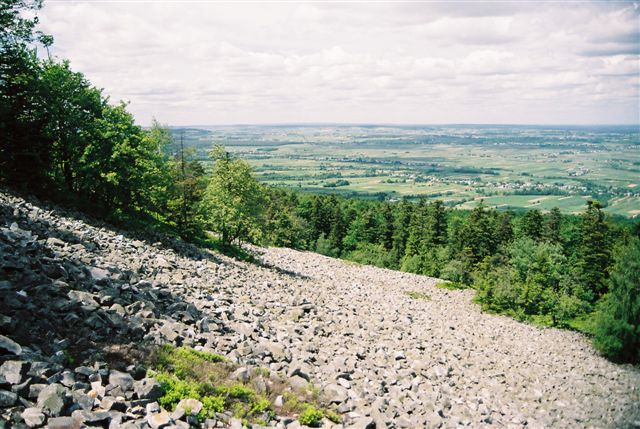 Another attractions of Łysa Góra- after visiting the abbey, the boulder field of the name of Roman Kobendza is worth seeing. In case of visiting that place, one should go in the direction of a RTV transmitter which is clearly visible from distance. Built in the 60’s of a 20th century. The entrance to the sight-seeing platform is behind the RTV transmitter. Boulder field (or the naked places) is a very characteristic feature of the Świętokrzyskie Mountains. A conspicuous rock landform is the result of the erosion of particular rock varieties. This specific landform has a range of over one kilometer. The field of boulders is only apparently lifeless - a primitive plant life elaborates here- lichens, liverworts and mosses which evolve later into ferns and shrubs. Apart from boulder fields, the sight-seeing platform enables to become acquainted with the shaft pagan wall. The sight-seeing platform offers also a magnificent view of the famous "checkerboard of Kielce" - a string of undulating colored fields which are inspiration for “ Kielce’s School of Landscape. "