Traces of Martyrdom of Polish Villages 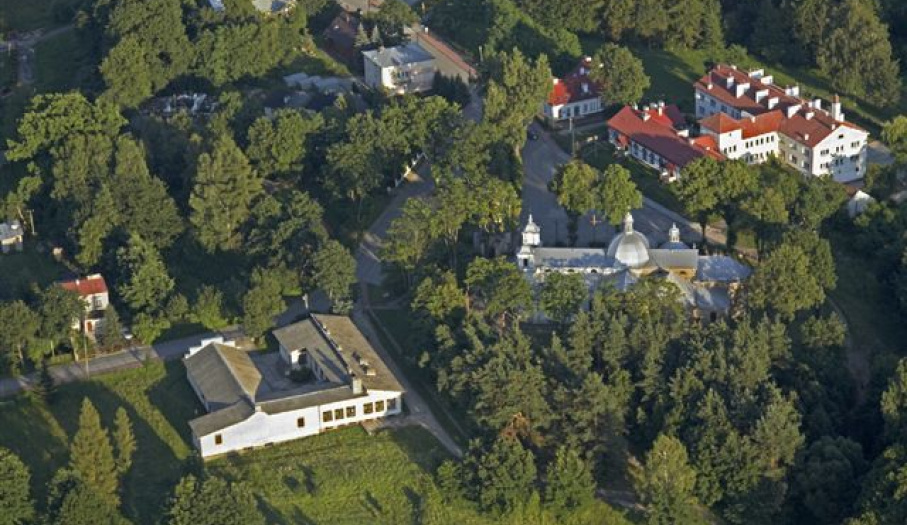 This relatively short trail leads first of all through the forest sof  Sieradowicki Landscpe Park. The trail includes Michniów - a village-monument commemorating the martyrdom of the Polish countryside.

Berezów surroundings – one should notice the 300 year old oak (natural monument), and the monument dedicated to the foresters. 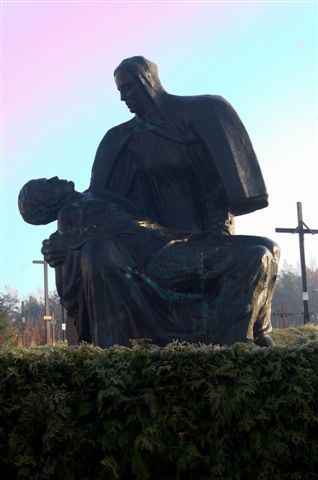 Michniów - Village-monument to the martyrdom of the Polish countryside. On 12-13 July 1943, the Germans made the pacification because of the assistance provided by the local population for Jan Piwnik "Ponury"s guerillas. 203 persons were killed instantly, shot and burned alive in a barn. The youngest victim  - "enemy of the German nation" -  was nine days. In the village, which was rebuilt after the war, on the other side of the road, the Museum of Martyrdom of Polish Villages is situated. "Pieta Holy Cross" figure presents a woman in the apron, holding in her arms a dead son-partisan. One can see the Way of National Remembrance, designed crosses with the names of villages pacified by the Nazis.

Kamień Michniowski (435 m) - founded in 1978 on the surface of 10.50 hectares. This forest nature reserve protects an upland mixed forest (fir, beech, pine, oak, aspen, some trees have already been over 100 years) of natural features. There are also quartz sandstone outcrops with visible phenomena of erosion and interesting vegetation of rock specimens.

Barbarka - from Kamień Michniowski one can follow black marking to find oneself in the so-called viewpoint Barbarka (trail will extend about 3 km) which offering one of the best views of the Świętokrzyskie Mountains. In the foreground one can see Klonowski Chain, and Łysogórski Chain in the background.

Burzący Stok - place, whose water is supposed medicinal properties. Place name derives from the sand flowing with the water along the surface.

Suchedniów - is famous for industrial city enchants, varied landscape, nature reserves, variety of plants and animals. The church of St. Andrew the Apostle with the early Baroque altar is one of the valuable places. There are two reserves: Kamień Michniowski (with an outcrop of late Devonian sandstones) and Dalejów Nature Reserve where multi-species natural tree stands are protected. Suchedniow has also a picturesque recreation lagoon