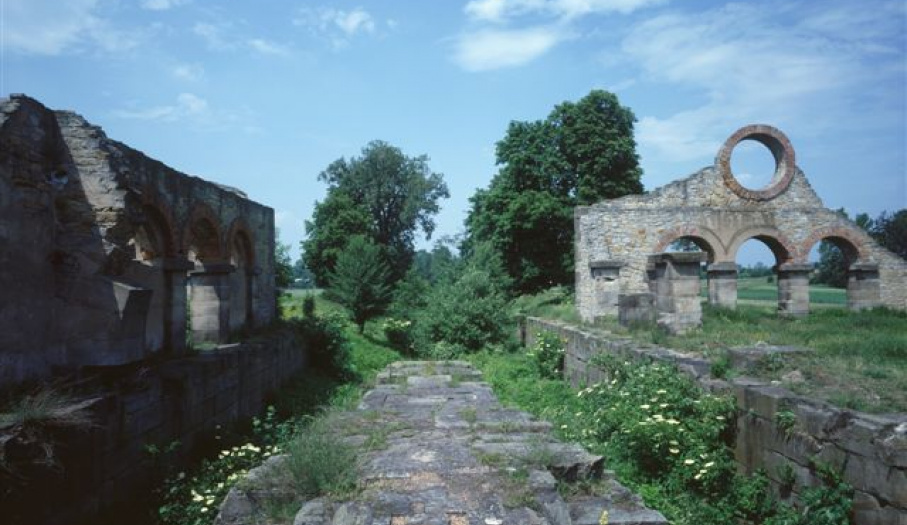 Driving this route will become connected with the meeting most important monuments of  Old Polish Industrial Region. The only problem is the route distance. One should divide the trip into two or three days. 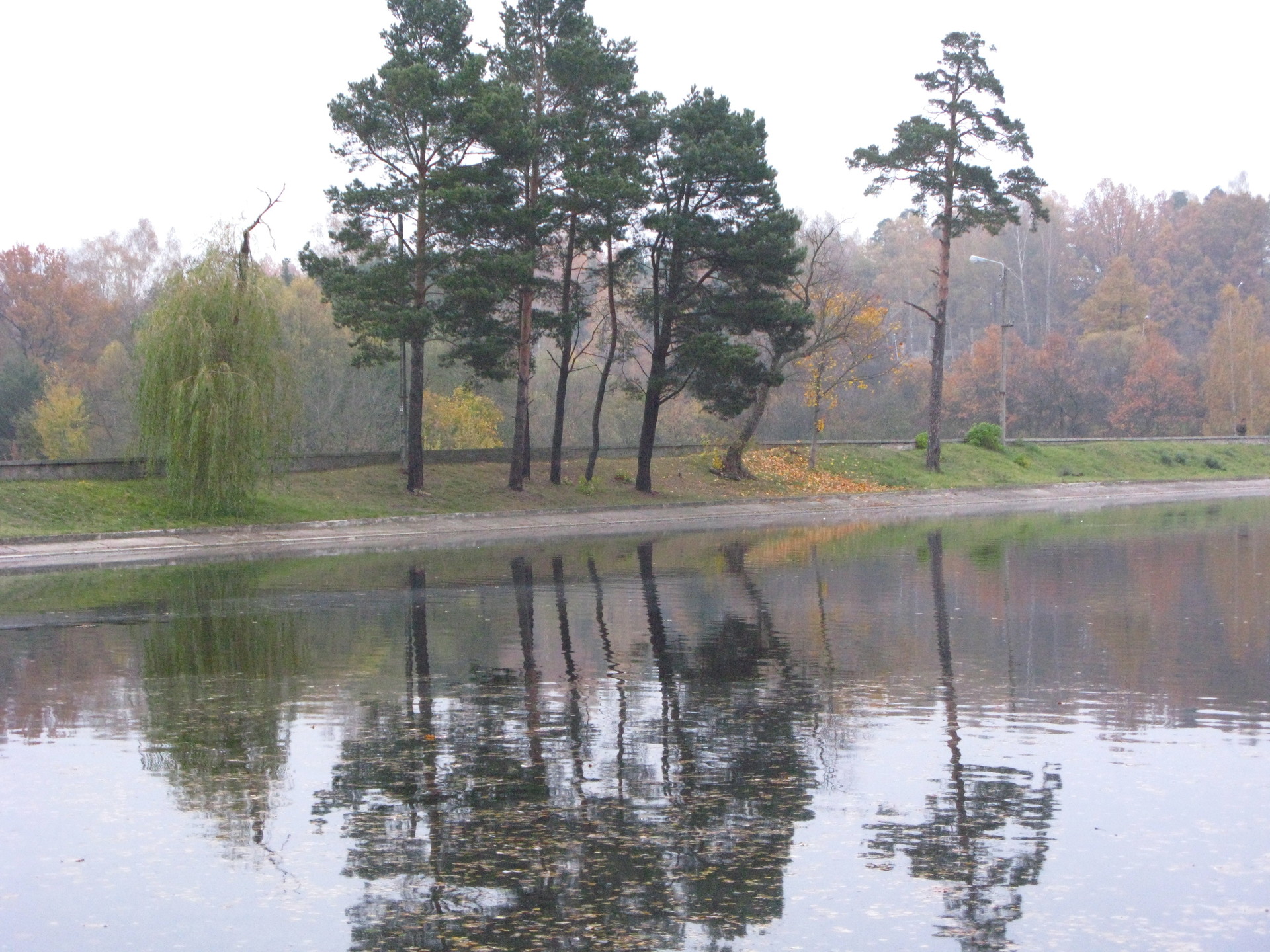 Skarżyko-Kamienna – the town is situated at the edge of the territory occupied by the Świętokrzyskie Mountains, amidst woods of the former Jodłowa Forest and at the mouth of River Kamionka flowing into River Kamienna. Worth to see is the White Eagle Museum. For over 40 years the museum has been occupying the former building of the “Rejów” steelworks administration. It displays old documents and materials connected with the history and development of the city and the region. However, the major part of the exhibition is constituted by collections of various objects representing the Polish Army and its history: soldiers" uniforms, arms and equipment, documents, and photographs. A large part of the exhibition was placed outdoors and covers an area of nearly 5 acres. Here visitors can admire guns, armored vehicles, helicopters, aircrafts, and tanks. The museum owns one of Poland"s biggest collections of heavy armaments dating back to World War II and also manufactured during the postwar period. The highlight of the museum tour is undoubtedly the only one preserved cutter armed with torpedoes. Remains of the Big Furnace Next door to the White Eagle Museum are the remains of the big furnace constructed in 1770. Its foundations, retaining wall and runner are still preserved. The Sanctuary of Our Lady of Ostra Brama A religious sanctuary of Our Lady of Ostra Brama was built in the years 1986-93. It is the only Poland"s truly faithful copy of the famous shrine in Vilnius (Lithuania). The most precious among over two thousand votive offerings left by pilgrims in the sanctuary are items donated by Pope John Paul II (rosary and skullcap, or zuchetto) and Pope Benedict XVI (votive candle and chasuble).

Michałów – in the village the miller’s farmstead is perceived as a historical building. The “Piaska” mill was erected in the beginning of 20. century. At present, the building is adapted to the need of agrotourist farm.

Wąchock - not only jokes about Wąchock are known all over the country, but also its history closely connected with the existence of the Cistercian abbey built in the years 1218-1239. Remodeled many times, the complex features a monastery and a late-Romanesque church built of two-colored stone blocks. Its Baroque interior contains a Romanesque chapter house with cross-ribbed vaults and an early-Gothic refectory. The legendary commander of the Świętokrzyskie Home Army Groups major Jan Piwnik alias Ponury buried in the crypt located in the monastery cloisters. The Museum of Cistercian Fathers is situated next to the monastery gate and contains a unique collections of mementos from the national uprisings gathered by colonel Father Walenty Ślusarczyk. These collections are grouped in a few departments displaying variety of mementos devoted to Father Walenty Ślusarczyk, Commonwealth of Poland before Partitions, November Uprising (1830), January Uprising (1863-64), Second Polish Republic, World War II, and to the operations of the Home Army. The last part of the exhibition informs visitors about the history of the Cistercian Order in Poland.

Starachowice - In the Middle Ages, the area of the present-day city was in the possession of the Cistercian 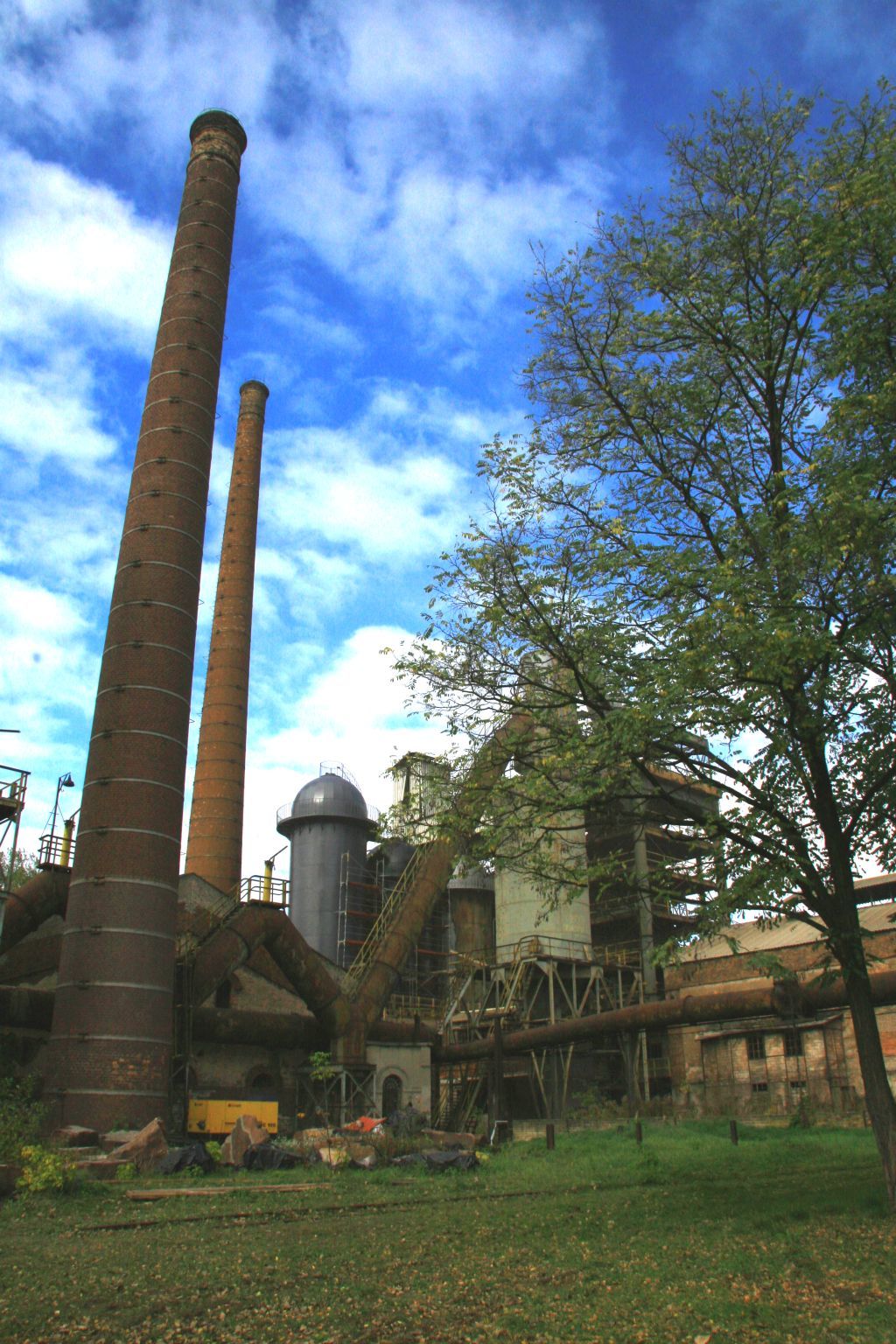 Order. Burial grounds from the early medieval period were found here, and they bear witness to the existence of tribal settlements. Roman denarii, a Roman sward and graves from that period prove that the local inhabitants maintained trade relations with the Roman Empire (2nd-3rd cc.). An Old Polish Industrial Center and an industrial agglomeration in its neighborhood were set up in the 19th century on the initiative of Stanisław Staszic. Soon, Starachowice became the biggest center of metallurgical industry in the Kingdom of Poland. Considered a unique facility, the Big Furnace from that time  was entered on the UNESCO World Heritage List of Industrial Monuments in 1992.  Experience and traditions of the local people helped much to manufacture first “Star” trucks as soon as in 1948; they were constructed in the Starachowice Factory of Heavy Trucks.

Kałków-Godów  - although the youngest center of the Marian cult in Poland, the sanctuary is  visited by a great number of tourists and pilgrims each year. This biggest regional pilgrimage center was created around the Sanctuary of Our Lady of Sorrows, Queen of Poland. It was started in 1967 thanks to the efforts of priest Czesław Wala and the support of the local people. In 1971 he bought an old stable in order to convert it first into a catechetic classroom, and later into a chapel. Today the area of 22 acres is dotted with different buildings, chapels, figures and the Way of the Cross stations. Behind the veil, in the high alter of the two-storied church is placed a miraculous picture of Our Lady, a copy of the famous picture of Our Lady of Licheń. The monumental building of the Świętokrzyska Golgotha, Pantheon of the Polish Nation Martyrology, is 33-meter-high and topped with a 15-meter-tall wooden cross. It was designed to imitate an old ruined castle.

Nietulisko Duże - the ruins of a rolling mill for fine rolled sections and steel sheets in Nietulisko Duże are the remains of a plant which was the last chain of the so-called “Starachowice industrial complex”. Built in the years 1834–46, the plant was a carefully laid out urban establishment with a factory settlement and a water system. It included a rolling mill, two dryers, a storehouse, a shed, a stable, an administrative building, some scales and 36 houses for the workers and management staff. Today, the rolling mill is an important monument of technology, with the completely preserved, historical water system as its greatest value.

Kunów – one of the oldest settlements on the Kamienna River, which was exploited by the ancient area steelworkers. Dymarskie furnances were here so characteristic that modern scholars call this type "kotlinki kunowskie”. In Kunów, worth to see is the church, built between 1625-1942. Reconstruction of the years 1850 and 1898 obliterated much of its original, late-Renaissance character. The 19th-century stone altar by stonework of local masters are worth to notice. In the main altar is a copy of Raphael"s Crucifixion, founded by Fr. Szymon Koch, largely repainted in later years. Next to the church a belfry from 1896 is situated. Designed by Wojciech Gerson, famous for paintings, mainly.

Ostrowiec Świętokrzyski - the town of Ostrowiec Świętokrzyski ranks second in the Świętokrzyskie voivodeship. It borders on a large expanse of the Iłżycka Forest in the north and on the uplandish territory of the Opatów region in the south. In its 400-year-old history tradition intermingles with modernity. The historical monuments in Ostrowiec Świętokrzyski range from sacral buildings, sites connected with wartime dramatic events, to industrial heritage constructions and unique installations of the old ironworks. The Baroque church of St Stanisław the Bishop from the late 16th century is also worth a visit. Erected in the Denków quarter in 1581, it was founded by Stanisław and Kaliksta Michowski. The wooden church was dismantled  in 1691 and a new brick church in Baroque style was built on the Latin cross pattern. The late-Baroque high alter contains a picture of the Holy Virgin Mary with Child from the turn of the 17th century as well as pictures featuring St Barbara and St Stanisław. In the same quarter of Denków is located a cemetery with neoclassical chapel of the Kotkowski family. Noteworthy monuments of architecture include the building of the Polish Post from the 1920s, a bit neglected building of the railway station raised in the 1880s, and city residences from the turn of the 19th century (ul. Siennieńska 14 and 37, ul. Wardyńskiego 26). In the south-western quarter of the city Częstocice stands an interesting palace of the Wielopolski family (late 19th c.) surrounded by a old park. It now houses the Historical and Archaeological Museum. Worth a visit is also the post-industrial area of the Old Ironworks as well as  the former sugar factory of Częstocice, workers lodgings in the lower town, and the wooden factory church of the Holy Heart of Jesus erected in the Zakopane style in the years 1931-32. The church is located on the regional itinerary of the Timber Architecture Trail.