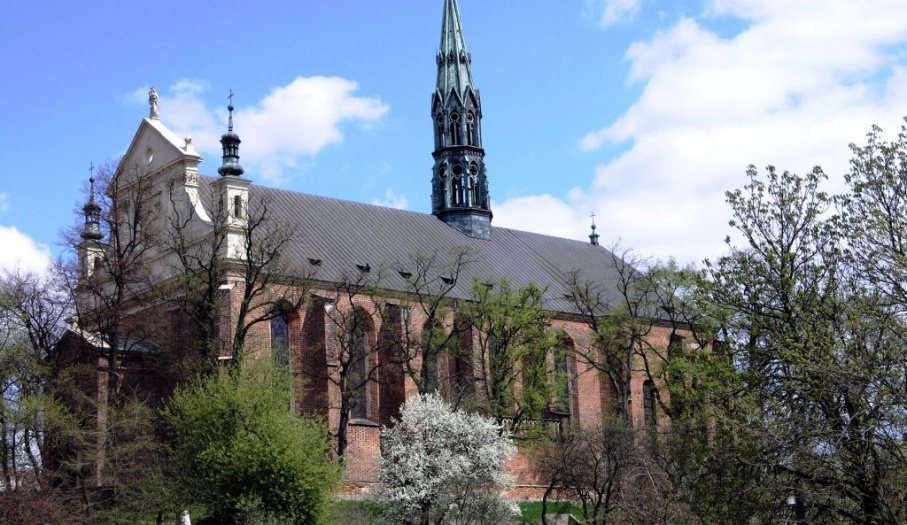 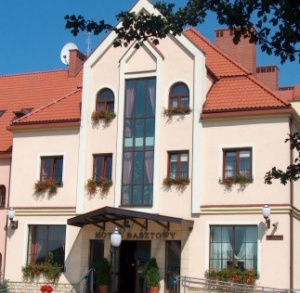 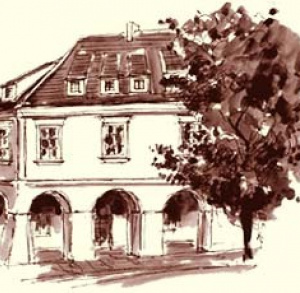 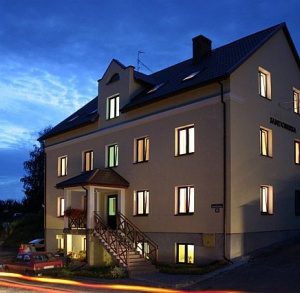 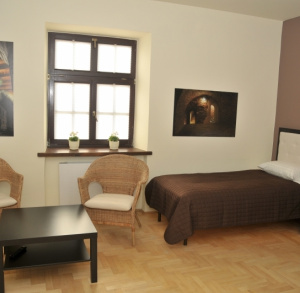 The first church was erected here in approximately 1120, but the first recorded mention of the later basilica is found in the papal bulla issued by Eugene III in 1148. The church suffered damages in the 13th century, during frequent foreign invasions. Some time later the Romanesque building was reshaped to become an early-Gothic parish church of the Nativity of the Holy Virgin Mary (1360).  Outdoor elements of the church were damaged during the Swedish invasions (mid-17th c.). Its interiors gained Baroque decorations in the 18th century. Its status was raised to that of a cathedral by the papal bulla (Pius VII) issued in 1818, while in 1960 pope John XXIII granted it privileges of basilica minor.
The three-nave basilica has a splendid monumental Gothic cross and ribbed vaulting with keystones featuring coats-of-arms of the former Polish Kingdom provinces. The presbytery is decorated with magnificent Russo-Byzantine frescoes (15th c.) depicting lives of Jesus and his Mother. Only four such murals survived in Poland till our times. Beautifully sculpted Baroque choir loft contains organs from the 17th century.

Information can be obtained in The Regional Center of Tourist Information
ul. Sienkiewicza 29
25-007 Kielce
Phone: +48 41 348 00 60
e-mail:informacja@swietokrzyskie.travel