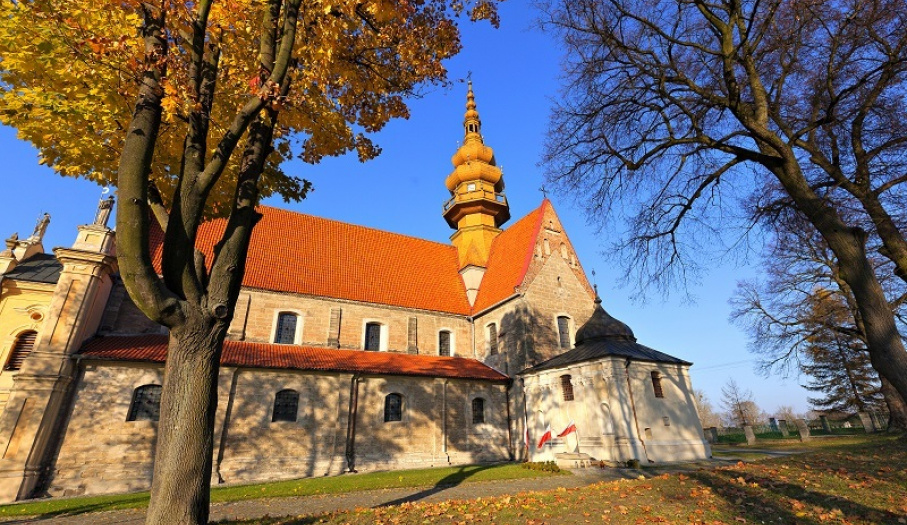 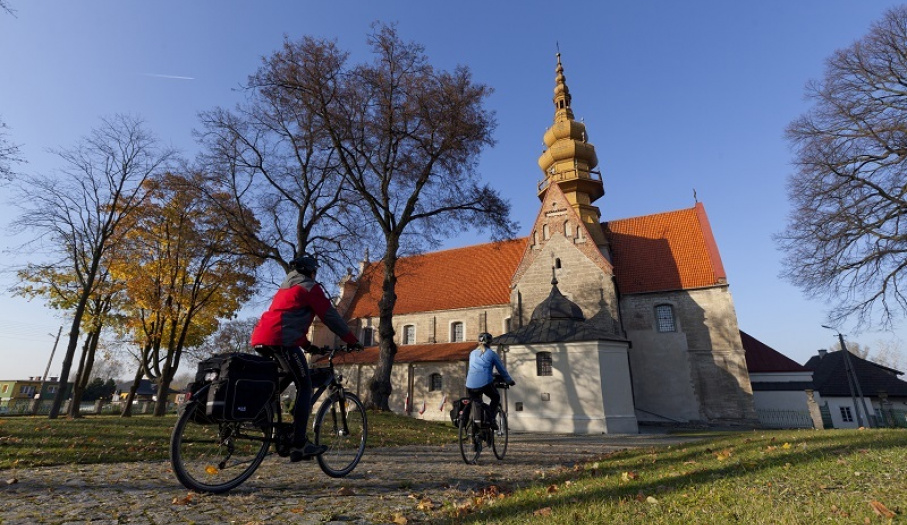 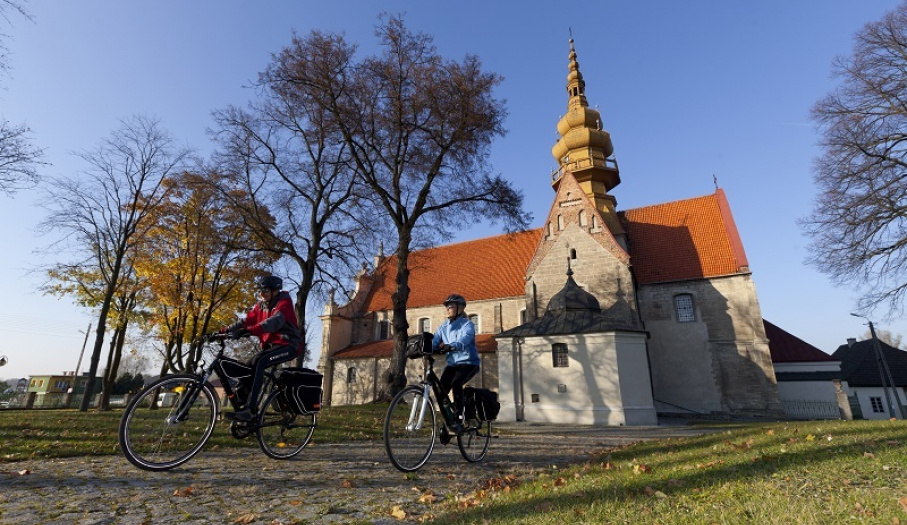 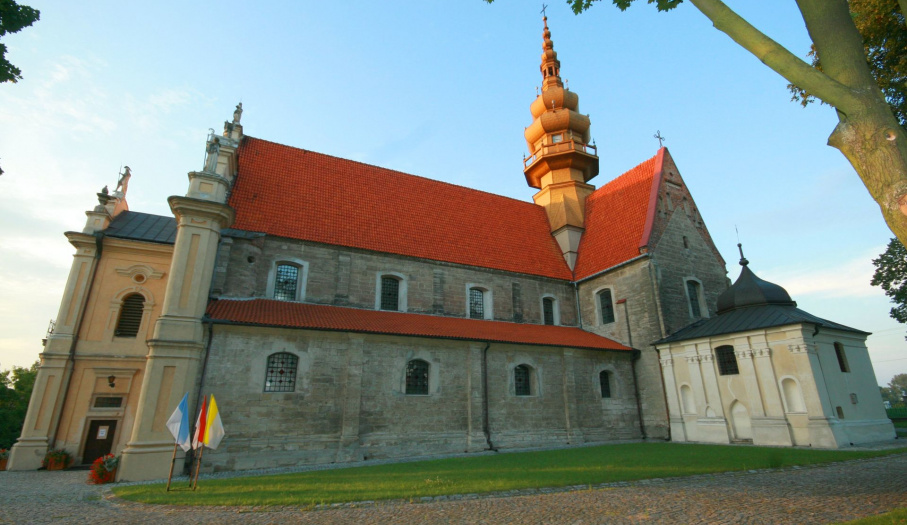 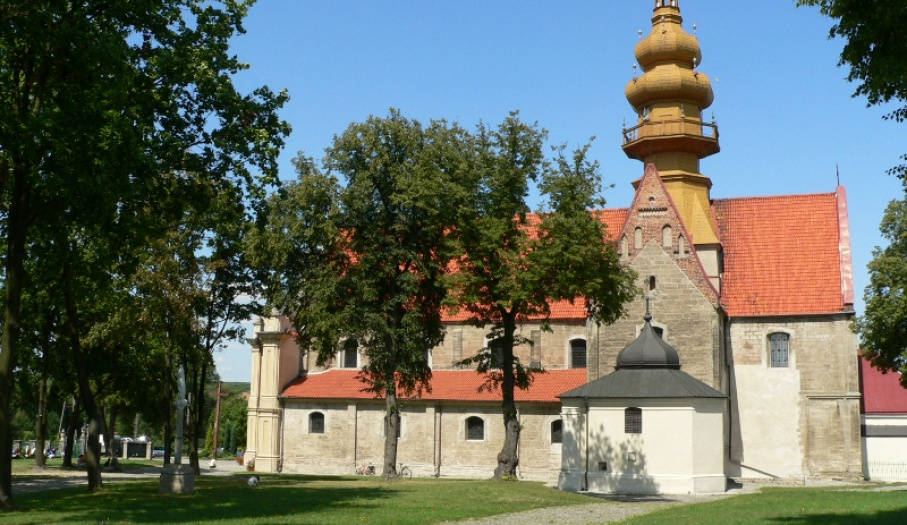 Koprzywnica is located in the Koprzywianka River valley and not far from the city of Sandomierz. Its fame is due to the former residence of the Cistercian order. Both the church and remains of the monastery constitute a stop-over on the European Cistercian Trail.

They were founded by Mikołaj Bogoria in the 12th century. It"s assumed that the first group of monks arrived in 1185. The whole monastic complex was remodeled many times throughout the centuries in accordance with new architectural styles.

The abbey in Koprzywnica constitutes one of the best examples of the Romanesque architecture in Poland. It shows much resemblance to the original building in Clairvaux, France. Out of the Romanesque and Gothic buildings of the abbey only the church survived. This three-nave basilica devoted to the Holy Virgin Mary and St Florian was raised on the Latin cross plan. It has a late-Baroque facade, but the interiors retained many elements from the 13th century as well as rare paintings and other sacral art  objects. The building itself as well as the interior layout, construction system and architectural details are original.

The Romanesque church was erected of stone blocks; the top parts are made of Gothic brick, but the sacristy, chapel, western facade with church porch and the ave-bell belfry were constructed later in Baroque style. The Gothic frescoes and cross-ribbed vaults embellish church interiors. The alters, stalls, and richly ornamented confessionals were made in the 17th and 18th centuries. The high alter contains a painting (1646) by Bartłomiej Strobel showing the Ascension of The Holy Virgin Mary with St Florian and St Bernard kneeling below.

The side alters and stalls (early 17th c.) were donated by the contemporary abbot Zbigniew Ossoliński. The pulpit kept in the Regency style was manufactured ca. 1730.

Only the eastern wing of the monastery survived till the present times. The most important part of it is the Romanesque chapter house with the cross-robbed vault supported by two pillars of which one has an original capital. Now the chapter house contains a lapidarium. The window openings in the eastern wall are also original. The remaining part of the monastery wing is not in use.
The Cistercian order was dissolved in 1819. The church became a parish house of God in 1821. Next to the church and monastery stands the former abbots" house founded by abbot Zbigniew Ossoliński in the years 1615-20.  It"s known under the name of the abbot"s manor house.

The cult of fire was practiced in the environs of Koprzywnica during the times preceding the Christian era. The son-et-lumière spectacles are organized by the local fire brigade on the site where once stood the pagan temple. The procession is headed by the parish priest. Firemen follow the priest and each of them blows sprayed kerosene in the direction of a torch in order to produce a few-meter-long column of fire. And the whole event is held at night of the Holy Saturday.