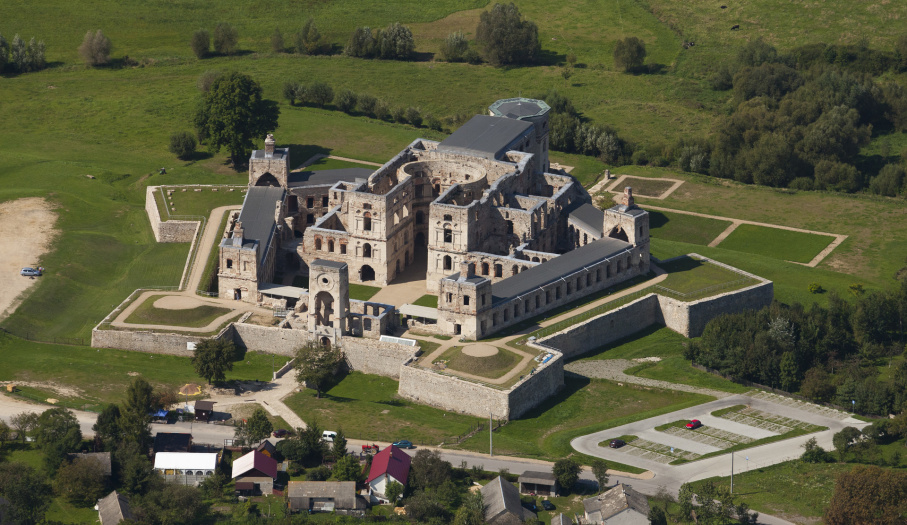 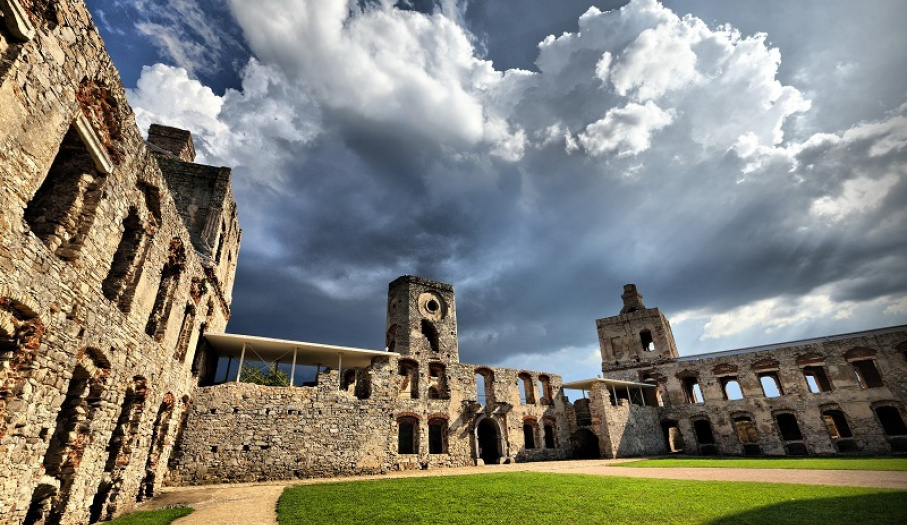 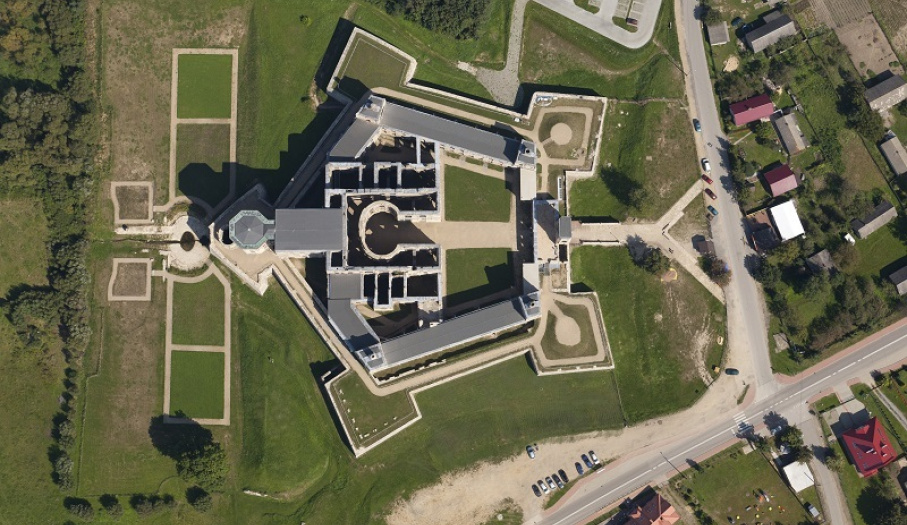 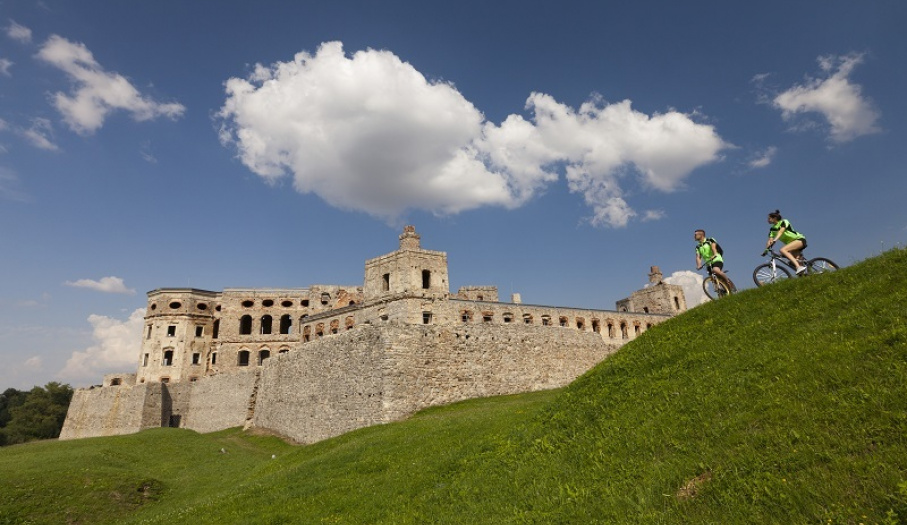 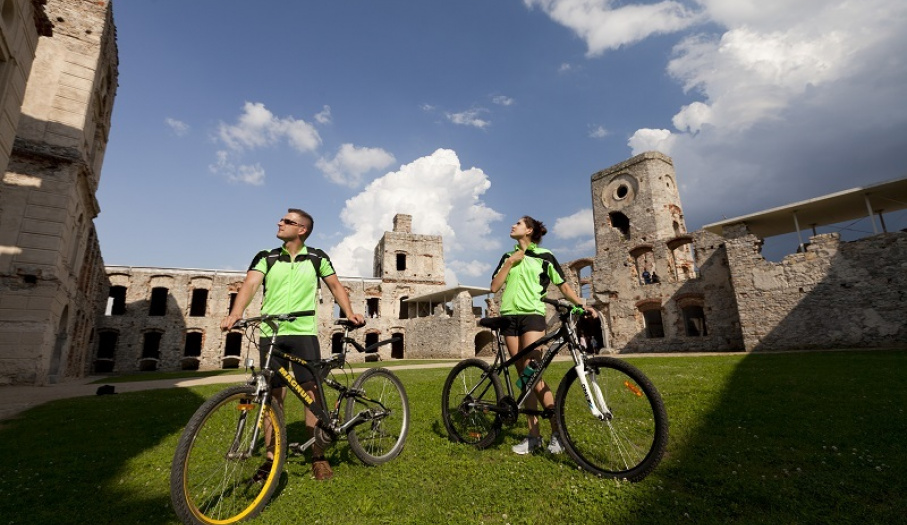 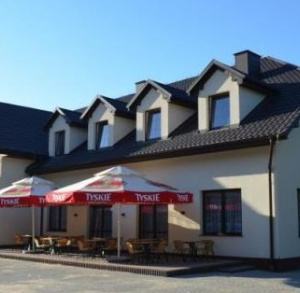 The castle is located in a little town of Ujazd situated near the south-eastern boundary of the Śętokrzyskie Mountains. The castle of Krzyżtopór in Ujazd had a defensive character. Its construction that took 13 years was supervised by Italian architect Lawrence Senes, who also designed the project.

Built inside massive stone walls with bastions at the five corners, this mannerist palace embodied the structure of the calendar. It had four towers symbolizing the four seasons and 12 big halls, one for each month. Exactly 52 rooms were built, one for each week in the year, and 356 windows. The building occupied an area of 3.2 acres, its walls were 600-meter-long and its cubature amounted to 70 thousand cubic meters. Marble and mirrors were used in the interiors of the underground stables, while the ball room had an aquarium in place of the ceiling. The water supply installations used water from the local spring, and rooms were heated with warm air coming to them through special air passages.

The walls of the residence were decorated with portraits of the family ancestors and closer relatives of the Ossoliński family. They were supposed to be a proof of the family power and its great contributions to the fame of the Polish Republic.

The present-day ruins of the Krzyżtopór castle can only stir our imagination to visualize a really spectacular form of a 17thcentury magnate residence in Poland. Its founder could not enjoy it for a long time as a year after its completion Krzysztof Ossoliński died of a heart attack traveling to Cracow in order to take part in the sejm(parliament) session. The property was taken over by his son Krzysztof Baldwin Ossoliński. As captain of the Polish hussars, he joined a military campaign to defend Poland"s eastern borders and died during the battle near Zborów in 1649, hit with a Tartar arrow. Swedish invaders turned the castle into their headquarters in 1655, but leaving the castle seriously destroyed and looted it. The destruction was completed by king örgy Rákóczi II with his Hungarian troops and Cossacks. The castle remained in use till 1770, but its subsequent owners were not able to maintain that monumental structure and it fell into ruin.

The Krzyżtopór castle owes its status of an unconquerable fortress to the location and modern fortifications. Erected on a rocky foreland, the castle was surrounded by natural ravines and swamps. On the outside, the fortifications were additionally protected by a pentagonal earth bank with bastions on the corners.

According to the Ossoliński family chronicle, a pit-a-pat of galloping horses woke up the castle guards in August 1649. They looked down the walls, but saw only one rider. They recognized the castle owner Krzysztof Baldwin Ossoliński. When the gates were opened, the knight was nowhere to be seen. Some time later the residents of the castle learned that the owner was killed during the battle of Zaborów in the province of Podolia. It is believed that ever since that time a rider in hussar"s full armor has been appearing on the castle walls at dark or at night.

A White Lady also appears in the old castle. After being crossed in love, she became a nasty shrew. A legend has it that she kept a little white dog that recognized bad people. When the dog barked at a person, he or she was immediately thrown into the castle dungeon. Knowing the lady"s unpleasant habits, one of the guests killed her as soon as the dog started barking at him. In spite of that, she continues to appear with her pet on the castle walls on certain nights.